London sound: Top live music gigs and festivals in the capital this week

Difficult-second-album syndrome: it’s a plight that has afflicted many bands who have struggled to live up to the heights achieved by their debut.

And then there’s the curse of the Mercury Prize, another anguish that has struck down many past winners – Roni Size, Klaxons – who have picked up the gong and disappeared into the ether shortly after.

The xx have both challenges to overcome now, but if the lead singles from their hotly anticipated sophomore album, Coexist, are anything to go by, it’s not a worry that’s troubling them.

The London-bred trio and their atmospheric, electro-indie sounds shot to fame with their 2009 debut xx, collecting plaudits like they were going out of fashion en route to swiping the 2010 Mercury Prize (beating competition from the likes of Mumford And Sons and Dizzee Rascal).

Tracks such as VCR, Crystalised and Islands became instant classics, and they soared to popularity with a sound – sultry, low fi and truly haunting – that was entirely The xx’s own.

In the fallout, after touring relentlessly and playing festival shows across the world, Jamie xx (aka Smith) embraced production duties elsewhere for a while and they all got some much-deserved downtime before the band broke cover to reveal how club music was shaping their follow-up.

If you were fearing a dubstep-riddled offering, fear not, as lead singles Angels and Chained pick up where their debut left off – they’re minimal, sparse and masterfully textured songs coated with Romy Madley Croft’s trademark whispered vocals. Don’t miss! 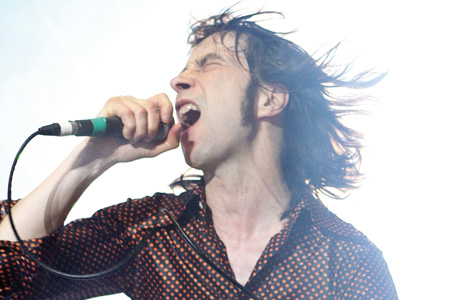 This gig in Portmeirion, Wales, brings decadence and luxury to the usual festival mudbath. You can stay in a four-poster-bed suite in the town, or bed down in a stylish yurt (campsites are also available for those keen to keep it real).

The town itself is the setting for the diverse cultural offerings, with cinema, literature and talks, and comedy complimenting the music (Spiritualized, Primal Scream (pictured) and New Order are the headliners).

Set in beautiful natural surroundings, there are even woodland trails for you to explore, too!

With a new EP, Nowhere I’d Rather Be, out earlier this year, the band have continued to build on their steady fanbase, and they’re an absolute riot live. Support! 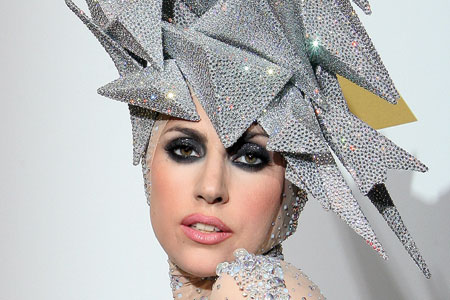 The screaming rockers from Lowestoft are back, and were handpicked by the high priestess of pop herself for this stadium show.

Expect the Darkness to run through their Thing Called Love-styled hits, before Gaga comes on to show why she is pop’s biggest star on the planet, with one or two eye-catching costume changes, too.

The night is soundtracked by everything from the Seventies to the Teens, the hottest hits to the best tracks, all amidst Rickky Rick’s all-firing havit party tunes. The focus is on fun, and lots of it.

Tripswitch and This Is Underground present this night of drum’n’bass that honours the stars who have made the genre what it is, as well as saluting the up-and-comers making waves right now.

Promoters Troupe, Pack London, Four4 bring their talents together to celebrate the diverse electronic music of the world’s three clubland capitals – Berlin, Ibiza and London – and explore its ‘space, bass, time and rhythms’.

Flashmob & Raffa FL will be looking after room one with Pack London curating the line-up next door.

Nineties Brit rockers who reformed three years ago are about to unleash their new, fifth studio album, Black Traffic, and have this intimate club show to celebrate.

They’re sure to belt through back catalogue crackers like I Can Dream, Charity and Hedonism, as well as showcasing the stonking new material, too.

Kicking and screaming: Eden Hazard sees red as Chelsea crash out of the League Cup

YOUR SPORTS WEEKEND IN A FLASH: All the results that matter in one click (Week ending Mar 16)