Taking to the stage at half time during yesterday’s NFL Super Bowl in America, Madonna went for maximum visual impact in a series of show-stopping outfits including a black and gold Aztec outfit.

“People say everything has a limit, but limits do not exist with Madonna,” Tisci said. 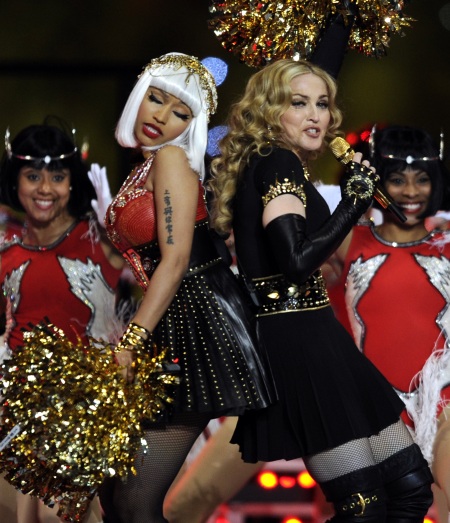 Nothing I have watching musically has made my heart pump with so much joy then Madonna’s performance #thesuperbowl f**king amazing! (sic)”, tweeted Kelly Osbourne. 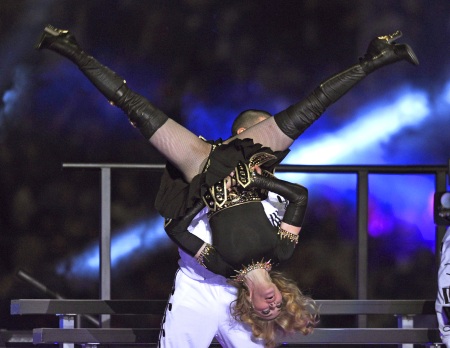 Madonna gives NFL fans an eyeful during a mid-air cartwheel

Apart from a brief totter on her towering heels during a rendition of her hit Music with LMFAO, Madonna’s Super Bowl set without mishap.

Support act M.I.A however fared less well, landing herself in hot water for flicking her middle finger at the camera and singing, “I don’t give a sh*t.”

American TV bosses were forced to apologise to viewers for the “obscene gesture” which technicians failed to cover up in time. 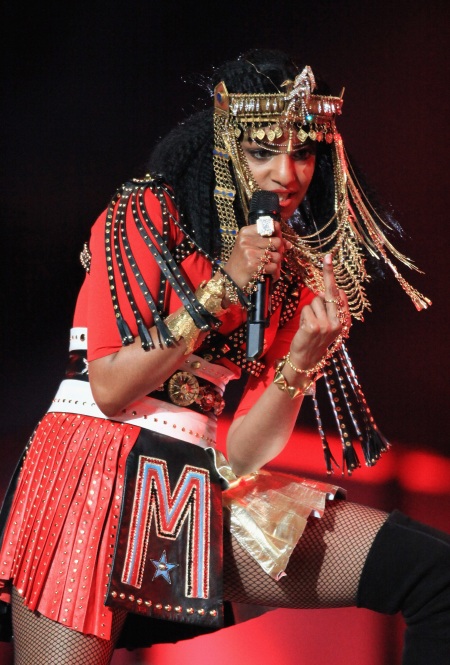 M.I.A. shocks sensitive Super Bowl viewers as she flicks her finger at the camera

“We apologize for the inappropriate gesture that aired during half-time,” said spokesman Christopher McCloskey.

“It was a spontaneous gesture that our delay system caught late.”

M.I.A. – real name Mathangi Arulpragasam – is not new to controversy. Her Born Free video contained graphic shooting scenes and was given an 17+ age restriction rating on Youtube.

Louisiana man has hoarded his nail clippings since the Seventies