Johnny Deep has vowed to continue star in the Pirates Of The Caribbean movies as long as it remains a hit with the public.

Depp made the promise at the press launch of the latest Pirates Of The Caribbean movie, On Stranger Tides, where he appears as Captain Jack Sparrow for the fourth time.

“Really, ultimately and truly, these films are made for the people. It’s the people who go and pay their hard-earned money to see these things. If the people get tired of it or something – that’s when it stops, I think,” Depp said. 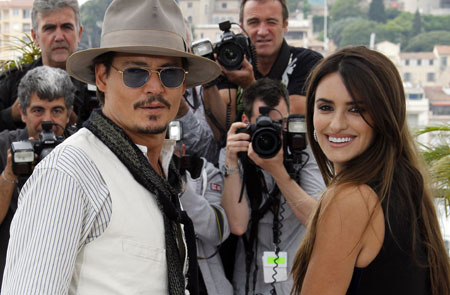 Pirates Of The Caribbean stars Johnny Depp and Penelope Cruz at the Cannes Film Festival.

The Captain Jack Sparrow actor revealed that doing the movies was not about the money.

“We do it for the people. So long as people want it, I’m there.”

Check out Johnny Depp at the Pirates Of The Caribbean premiere.