The singer also joked that she had seen David Hasselhoff’s penis and that it was “big”.

The ex-Baywatch star, who was presenting the MTV Awards ceremony, had earlier told that audience that he had drilled a hole in his dressing room wall, in case any of the “beautiful women” backstage wanted to watch him getting dressed.

Taking up the baton, Gaga quipped: “I’m in the dressing room next to you and you have a very big penis.”

The singer, who beat Adele, Beyoncé, Jennifer Lopez, and Katy Perry to win the Best Female gong, later performed Marry The Night, dressed as a red satellite landing on the moon. 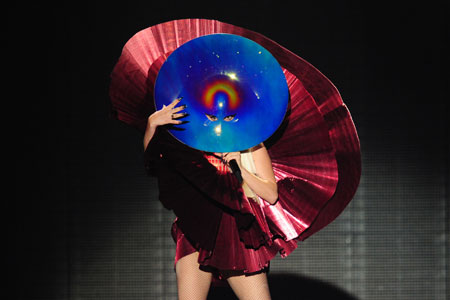 “I love you Little Monsters, until the end!” she declared.

F1 Aussie Daniel ‘still in it’ after podium finish in Singapore