What baffles me about London is ticket prices for the theatre, which seem to be catching up with New York. Staggeringly expensive.

London’s best-kept secret is the tranquil ‘secret garden’ in a certain royal park. As it’s a secret, I’m withholding its exact location.

When I want to chill out I go to Primrose Hill village. There are no chain coffee shops or bars allowed, only charming independents.

My favourite place for a drink is the newly refurbished Savoy Hotel and its American Bar.

This Christmas I am looking forward to Fortnum & Mason’s mince pies, ice skating at Somerset House and the various Christmas lights.

I will be spending this Christmas with my mum, sister Caroline and nephews in Radlett, Hertfordshire. My mum’s nut roast is the best.

In 2013, I am most looking forward to travelling. Who would have guessed last year I’d be on I’m A Celebrity… sleeping next to deadly spiders and snakes. 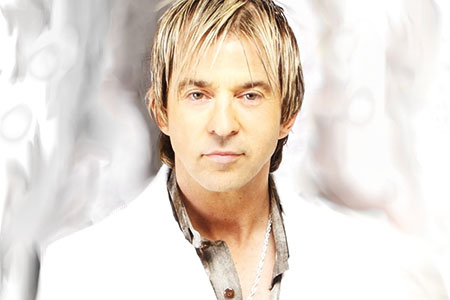 For when you’re hungover in London you can’t beat breakfast at [grand European cafe restaurant] The Wolseley in Piccadilly.

My perfect weekend would be early dinner at Jo Allen [in Covent Garden], followed by theatre or cabaret, then cocktails at The Savoy on Saturday night.

A late breakfast on Sunday, then cycling to a museum or gallery and an early bite to eat in Soho followed by a movie.

And then maybe hot chocolate at The Coffee Cup in Hampstead.

limahl.com – single London For Christmas is out now