Hurricane Sandy is sweeping across the east coast of the United States and is headed for New York City , with the authorities taking steps in preparation for a storm that President Barrack Obama has called “big, serious and slow moving”. 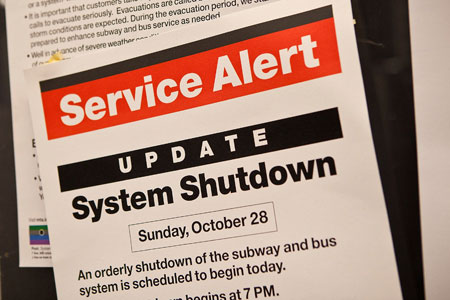 As many as 375,000 people have been evacuated from low-lying coastal areas of the city, all transport systems across the city have been shut down, and schools are closed today too ahead of the hurricane’s  arrival. Even the stock exchange (above) has closed its doors today ahead of Sandy, which has been described as having the potential to be the largest storm to ever hit the United States and which has already caused 60 deaths across the Caribbean. 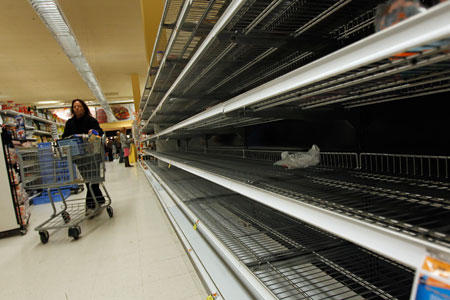 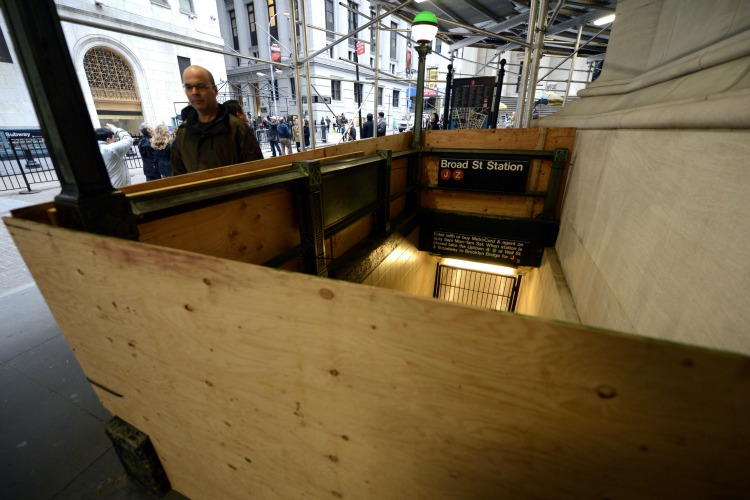