Nightspot Cinema will be screening Tarantino’s terrific Blaxploitation masterpiece Jackie Brown, followed by an epic 70’s funk and soul immersion party. Expect serious music, as Brassroots will be playing LIVE hits from funk legends Funkadelic right through to the Godfather of Soul himself, Mr Brown.

The theme is Blaxploitation movies, so don’t be surprised if you bump into Shaft while you’re slicing up the dance floor. And funky dress is recommended, if you’re down… As George Clinton would say, “the desired effect is what you get when you improve your interplanetary funksmanship…” 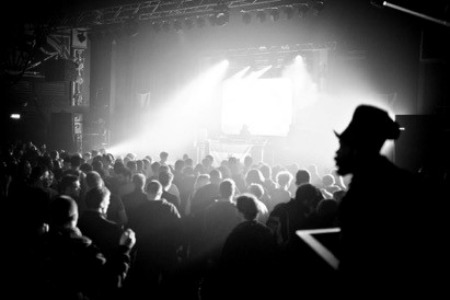 Jackie Brown is a 1997 American crime thriller film written and directed by Quentin Tarantino. The film, Tarantino’s third feature-length production, is an adaptation of Elmore Leonard‘s 1992 novel Rum Punch. It is the first (and to date, only) film that Tarantino has adapted from a previous work, and stars Pam Grier in the title role. The film pays homage to 1970s Blaxploitation films, particularly the films Coffy (1973) and Foxy Brown (1974), both of which also starred Grier in the title roles

Doors open at 7pm, film starts at 8pm sharp. Party until 2am.

Tickets on sale from nightspotcinema.eventcube.io

Hot tickets: Hunt for the Wilderpeople