Liam Payne and Niall Horan – who are joined in the British boy band by Harry Styles, Zayn Malik and Louis Tomlinson – were attacked by a gang of 60 screaming girls outside their hotel, with Liam having his t-shirt ripped and Niall having his hair pulled on Sunday (27.05.12).

A source said: “It was crazy. As they left the hotel on 54th Street this sea of girls engulfed them. Their security was desperately trying to keep them safe but they were completely surrounded.

“Liam got pushed over and Niall was struck in the face. They had their hair pulled and Liam’s shirt got ripped. They couldn’t see where they were going and it was really, really dangerous. Nearby police had to calm the girls down.”

Now the group will have a security guard each to help them deal with their over-excited fans. 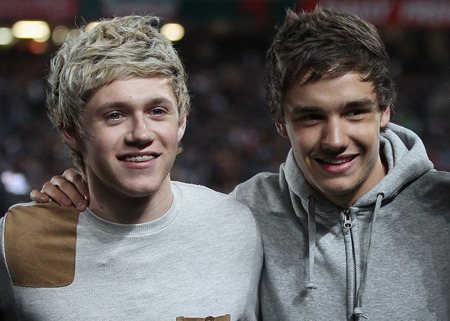 The source added to the Daily Mirror newspaper: “They are going to have to be more careful in the future and have at least a security guard each with them.

“It’s a shame for the boys because they appreciate their freedom.” Niall even took to twitter after the event, writing: “This is a complete joke.”

The Sexorcist: Man arrested for trying to exorcise ghosts with his penis