Thought to have been snapped by an officer on the scene with a mobile, they aren’t official CSI pics according to Eyewitness News Pretoria correspondent Barry Bateman.

The images show a missing panel in the bathroom door, blood spattered on the floor and sofa  along with a Valentine’s Day gift addressed to “Ozzy” with some heart-shaped sweets.

Some of the photos, obtained by Sky News, are in black and white, possibly in an attempt to lessen the distressing impact, but be warned, this is still a disturbing set of images.

#OscarPistorius as far as I’ve managed to establish, the pictures are not the official CSI pics – they’re not leaked from the docket. 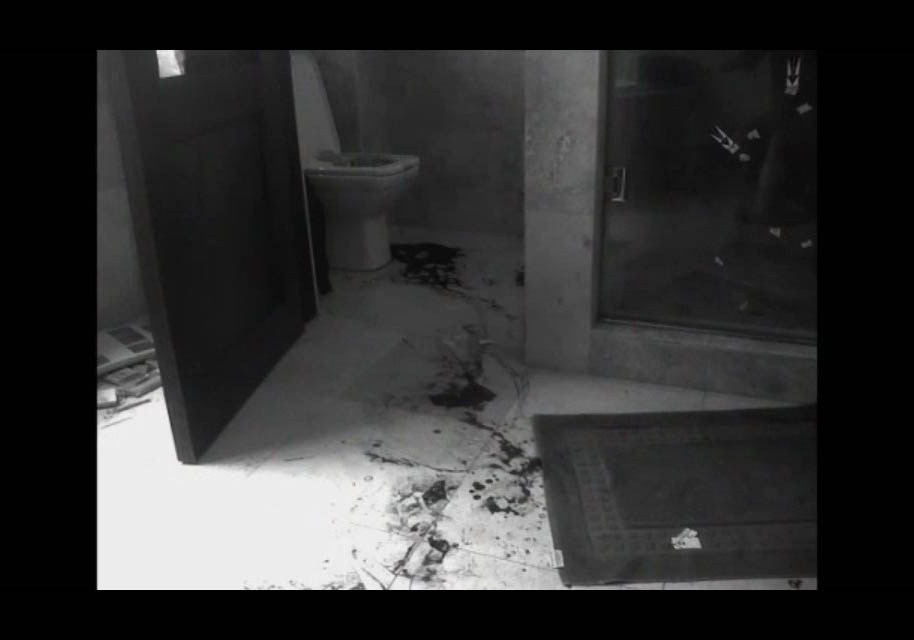 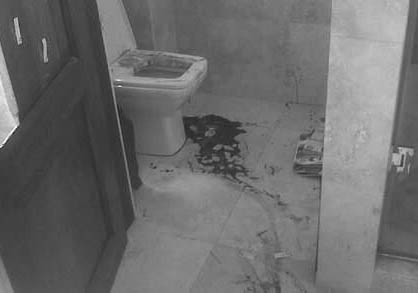 #OscarPistorius splatter on the couch. twitter.com/barrybateman/s…