Paralympic star Pistorius, 26, was in tears as he was formally indicted in Pretoria Magistrates’ Court for the shooting death of Steenkamp on the night of Valentine’s Day in February.

The runner says he mistook Steenkamp for an intruder when he opened fire, but the prosecution will argue he shot her after an argument.

The judge has set the trial for March 3-20 at North Gauteng High Court in Pretoria.

Ahead of the hearing, Pistorius prayed with his sister Aimee and brother Carl in front of a packed courtroom, which also included friends of Steenkamp. 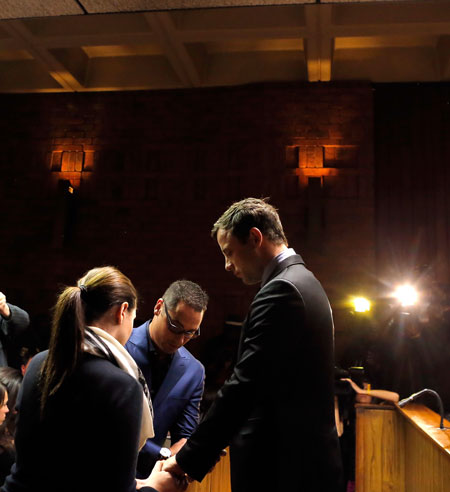 If convicted of premeditated murder, six-time Paralympic gold medallist Pistorius faces a maximum life prison sentence with a minimum of 25 years in custody.

Pistorius has been on bail since February and has been allowed to travel abroad, provided he details his plans.

He has also remused “low-key” training but said in a statement in June that he is “not contemplating a formal return to athletics and his training is not aimed at preparing for competition”.