“Why is it such a big deal what I’m swimming,” Phelps asked Sunday, when he was yet again quizzed as to just which events he plans to swim at the US Olympic trials and in London.

Phelps, of course, has excelled in a broad range, winning an unprecedented eight golds in one Games at Beijing to take his tally to 16 Olympic medals overall, 14 of them gold.

Phelps then said he was just kidding — but still declined to offer any clues to the reporters assembled for the US Olympic Committee’s pre-London Olympic Summit.

Coach Bob Bowman said the secrecy keeps the opposition on their toes, and saves the need for explanations if their plans change.

With a multiple medal performance in London, Phelps could surpass Soviet gymnast Larisa Latynina as the winner of most career Olympic medals. She won 18 medals, including nine golds, from 1956-64. 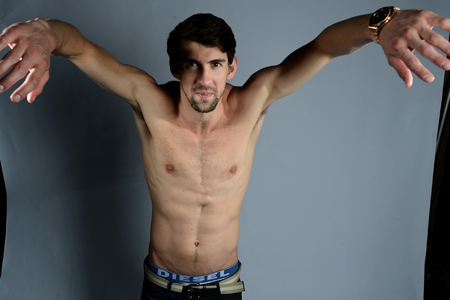 Phelps said he had a chance to meet the gymnastics icon at a photo shoot in New York.

“The language barrier was a little tough, but she had a translator. It was an honour to meet somebody’s who is such a legend and an icon especially in the Olympic movement,” he said. “It was definitely pretty cool.”

Such meetings are one of the perks of stardom. Phelps acknowledges he has enjoyed many of them, but fame also meant his post-Beijing doldrums have drawn scrutiny.

Phelps says it was his own lack of dedication that led to some sub-par performances, although he hopes he has now gained enough ground to be a force in his Olympic farewell.

“The biggest thing right now is being able to make steps in the right direction. The last three years my motivation hasn’t been too great. It’s an exciting time and this is going to be a fun summer.

“I’ve been able to get an excitement back in the water.” 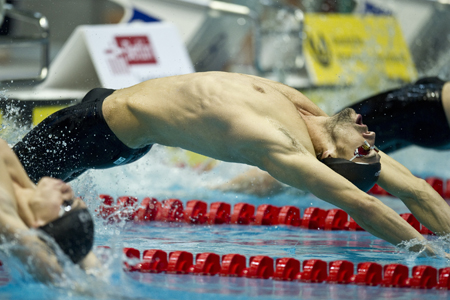 Phelps says he doesn’t worry that whatever he does in London will inevitably be compared to his spectacular Beijing performance.

“Going into this year I have goals that I want to accomplish,” Phelps said. “I know it won’t be eight medals again. If you want to compare me to that that’s your decision, not mine. I’m going out there to try to accomplish the things that I have in my mind and in my heart.

“If I can do that and I can have fun then that’s all that really matters to me.”

Of course, winning is more fun than losing, something that came home to Phelps as he saw US teammate Ryan Lochte go from strength to strength last season, often at Phelps’s expense.

Ferry back home from Sorrento

Bruges on a budget – exploring the historic Belgian city