Everyone’s favourite boxer Rocky Balbao returns to the big screen on 15 January 2016 with the UK launch of the new Rocky film – Creed. Fans will see the former World Heavyweight Champion Rocky Balboa train Adonis Johnson, the son of his late friend and former rival Apollo Creed, in locations across Philadelphia which plays home to the iconic blockbuster films.

Want to follow in Rocky’s actual footsteps? Here’s how:

Run up the Rocky steps
No trip to Philadelphia is complete without breaking into a jog for one of the most iconic runs in film history. For those who are fighting fit, make the first port of call a run down Benjamin Franklin Parkway and up the 72 Rocky Steps Stallone-style with your fists pumping. Once visitors reach the top of the steps outside the Philadelphia Museum of Art, put your feet in Stallone’s foot prints and soak up the amazing view of Philadelphia. 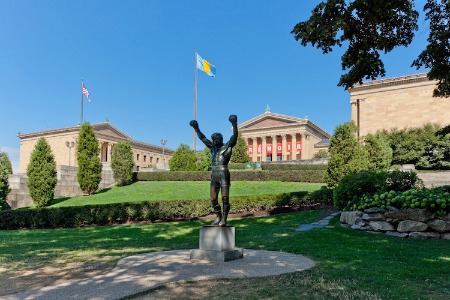 Pose for a picture at the Rocky statue
To complement Philadelphia’s vibrant art scene, the Rocky Statue is one of the city’s most favourite public pieces of art. The bronze statue was originally created for the Rocky III film and once filming was finished, it was donated to the city by Stallone. It can be found at the bottom of the Rocky Steps and makes the perfect location for a souvenir photo.

Foodie delight at The Italian Market
Combine the best of a Rocky Tour in Philadelphia with one of the city’s foodie delights at the Italian Market in South Philadelphia, known as America’s oldest outdoor market. It was here that Rocky ran through the market in the original film while being cheered on by local market stall holders. 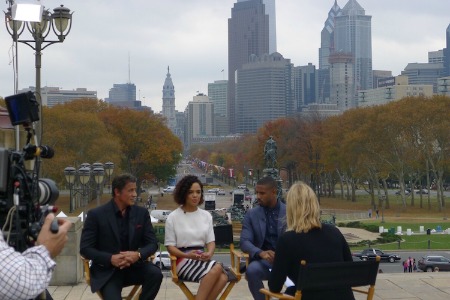