Police are appealing for information about two men who attacked a teenager.Scotland Yard said the teenager was assaulted by a man in Clarendon Road, Harrow, opposite The Royal Oak pub.

He had previously tried to assault the female while she was on a train travelling towards Harrow on the Hill then followed the girl off the train at Harrow on the Hill. He assaulted her outside the station on February 6 between 10pm and 10.15pm. 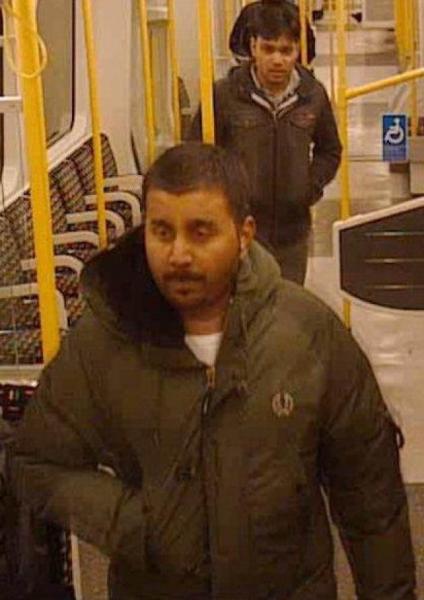 The suspect is described as a male of Asian origin, aged between 25 to 30, and of chubby build with a beard. He was wearing blue jeans and a green hooded jacket.

Officers have issued a CCTV image of two men they want to speak to in connection with the offence.

Anyone with information call Detective Constable Mike Harper at Barnet police station on 020 8733 5033.

The Sexorcist: Man arrested for trying to exorcise ghosts with his penis