If you’re looking to quit your diet in a big way, this gut busting 3300 calorie meal at the US-themed Red Dog Saloon will certainly do the trick – it consists of three six-ounce patties, six slices of cheese, 200g of pulled pork and six rashers of bacon.

These ‘educational’ sessions are aimed at a range of punters, with some for women-only, others for men and still more for couples. 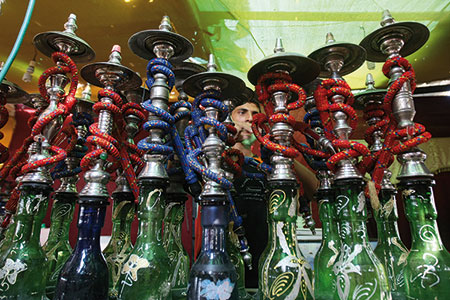 So you’ve managed to quit cigarettes – well done, you deserve a reward! How about the next best thing, a shisha at Ambience in Wimbledon?

They have a range of intriguing flavours, from Skittles and gummy bears to After Eight chocolate.

Plus, unlike with cigarettes, the smoke actually smells good. Yum!

Finish the whole thing and get it for free.

These cocktail lessons are yet another reason to not give up drinking this month.

This is the opportunity to go to a mixology masterclass and learn to make your own fancy cocktails. 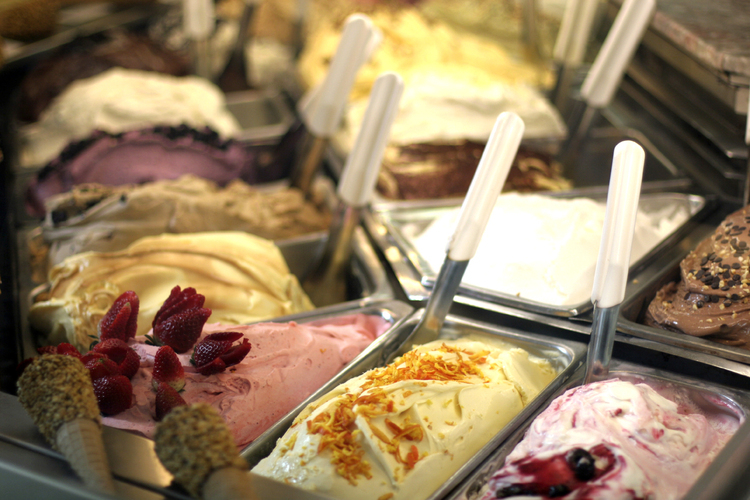 Indulge in a choice of more than 130 different flavours of ice cream at Oddono’s.

Their secret recipes are highly rated by the likes of Gordon Ramsay, and include kooky flavours such as basil

You tried to give up coffee too? Seriously!

Well, back on the wagon with a theatrical-style historical coffeehouse tour of London. Try a shot of 17th-century black, it’ll blow your mind.

Read more: Made a bunch of silly New Year’s Resolutions? Here’s how to fall off the wagon big time 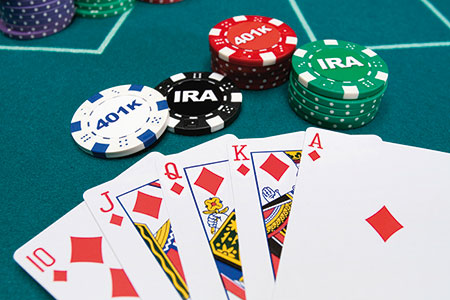 Why not choose this year to get into gambling? This social poker club has over 1000 members and regularly meets in pubs, clubs and card rooms to enjoy a flutter.

Buy-ins range from £5-50, so there’s something for everyone, and it’s free to join.

The next game is on January 18 in Southgate.

You must register with the meet-up group before receiving details of games.

This is a seriously excessive portion of steak – so naturally, it’s well worth giving a nudge. Here they’ll serve up a giant ‘tomahawk’ rib eye on the bone, caveman style.

They even go larger than 32 ounces if you’re a serious meat masochist.

Be warned, though, they’ll charge you an extra £4 per ounce for the privilege. 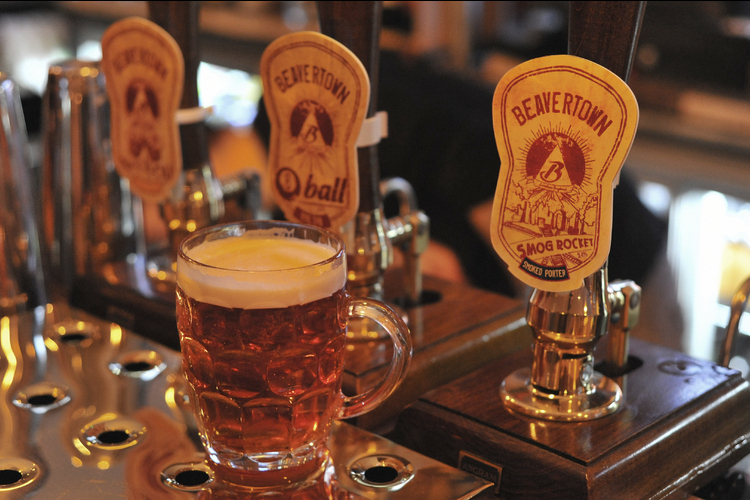 Find out how they make their brews, including the Hackney Hopster, Pale Ale and Wheat Beer, and then, importantly, you get the chance to sample them.

At Ray’s Pizza they sell whopping great 26-inch pizzas, enough to feed you and five of your mates in one sitting, if you’re not tough enough to go solo.

Hook into classic pepperoni, ham and mushroom or veggie options with crusts that are so thin you can fold them with ease – it’s almost like dieting.

The 26-inch pizzas are pick-up only. 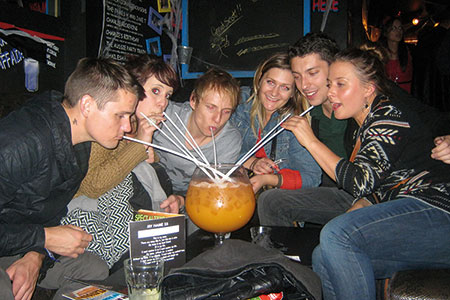 Drink Out of Fish Bowls

Why have one cocktail when you can order one that’s the equivalent of 10 at Graffiti Bar?

Varieties include the umbongo (with vodka and passion fruit liqueur), black peach (with schnapps, cranberry and apple juice) or one called German chocolate cake, plus loads more.

They don’t have one happy hour at Caribbean-style bar Cottons on Monday, they have four.

They sell reggae (overproof) rum punch that’ll get you singing like Bob Marley and more for under £10 in a colourful setting.

A whisky habit won’t just add to your alcohol consumption, but drain your bank account quicker than you can say wee dram.

Vinopolis’s masterclass makes you an expert in two hours, five single malts and a blend. 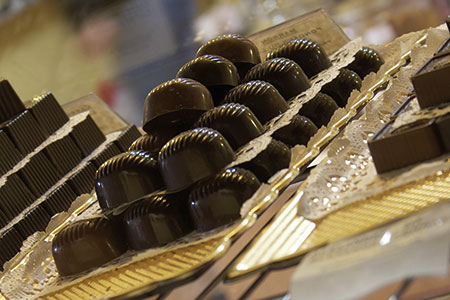 Treat yourself to two full hours of sweet tutoring at Artisan du Chocolat, tucking into different cocoa-based bars and other delights, and sipping on chocolate drinks.

Blow your new year’s resolutions in style with a three-course meal and night of decadent partying at glam Volupté. Entertainment will include cheeky circus, burlesque and boylesque acts.

Plus, music, magic, dance and song. 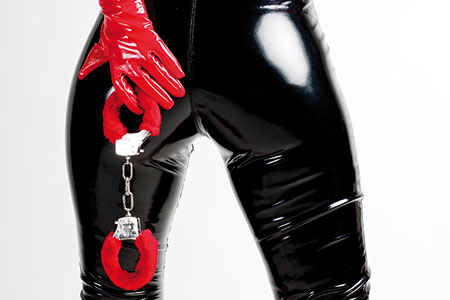 Get into the swing of the new year by doing just that – swinging.

Single men aren’t allowed – only couples and single women – and the rules state that only the ladies can initiate encounters.

Make 2013 a year where you learn something new.

You must register and go through a vetting process in order to attend a Killing Kittens party.

Try the sampling machine at this ace wine shop for a bargain binge.

Charge a card with a minimum of £10, then try sample measures of a range of vinos, priced in proportion to the price of the bottle. Samples start at just 30p.

Read more: Made a bunch of silly New Year’s Resolutions? Here’s how to fall off the wagon big time