The New Zealand-born former front man of INXS (after the death of his friend Michael Hutchence), Noiseworks and the Dead Daisies, has worked with some of the biggest names in the global music business including Ringo Starr and Dave Stewart plus Axl Rose and Slash of Guns N’ Roses, who are also in town to play two shows this week.

The set list featured a range of songs from throughout his hit-studded career, which stretches right back to the early 80s, as well as material from his soon-to-be-released new album, Starlight, which he co-wrote and produced with Dave Stewart, of Eurythmics fame. Many of the tracks feature collaborations with other big names such as ex-Beatle Ringo Starr, at whose 76th birthday celebrations Jon recently played. 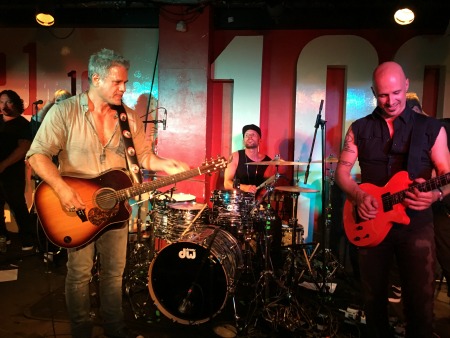 Looking in top form for his 56 years, the singer and guitarist bounded on stage and delivered a stomping set, confessing halfway through that he had just eaten a huge curry at a local Indian restaurant only half an hour before the gig. Luckily, after all that rich food, the only thing the audience were blown away by was his music!

Catch him at the following London venues:

His new single ‘Hold On’, taken from the forthcoming album, Starlight, comes out June 30th.

Treatment of the week – acupuncture facial

Police rape woman in Tunisia then charge her with indecency