Proving to be a pretty down to earth kind of girl during her time in the UK, Rihanna took the Tube to her own show at the O2 arena in Greenwich, and fans were there to capture the moment.

'Fans couldn't believe they were sharing a carriage with a world famous pop star. She was just like any other passenger, except accompanied by a huge entourage. She was happy to pose for snaps and talk about the gig. She was so down to earth.' a PR rep told The Sun

The singer then hopped off the tube and got into a waiting car which took her to the backstage area of the O2. The Rihanna Loud tour has sold out, with over 300,000 tickets purchased in the UK and extra dates added at the O2 due to popular demand. 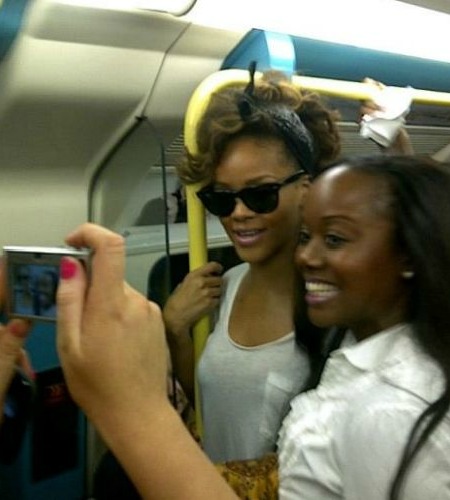 Last week the R&B superstar surprised fans in Northern Ireland when she turned up in Belfast to shoot a video for her latest single 'We Found Love', produced by UK dance music star Calvin Harris. Her entourage approached a local man and asked if they could use his house during the video shoot – and Rhianna used his bedroom for hair and makeup.

There was also some controversy when a farmer complained that things were getting a little too steamy for his liking during a section of the video shoot in a Bangor field. 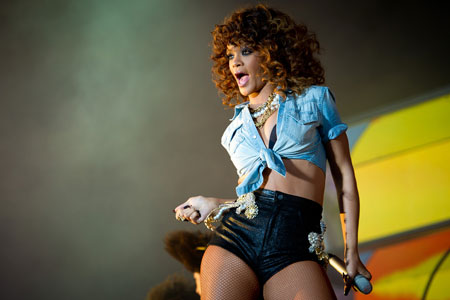 Buenos Aires: must-sees on a stop-over