The actress plays Natasha Romanoff and her alter ego Black Widow in the film.

Hemsworth, who co-stars as Thor, believes the 27-year-old’s pain threshold was higher than the rest.

“[Scarlett Johansson] ran the show,” Hemsworth told Entertainment Tonight. “She’s tougher than the rest of us.”

Johansson can relate to Mark Ruffalo’s character the Hulk, joking she behaved much like the famously hot-headed green giant when she was a girl. Acting has helped the star control her anger management issues. 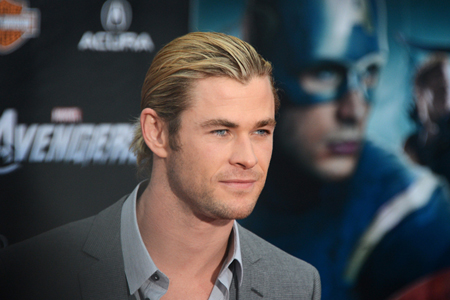 “Eventually, you learn to channel it into other things that are more productive than just having those [angry] moments,” she laughed.

The actress’ character is the only female superhero in the film. Although the set was male dominated Johansson insists she “had it pretty good” – but there were some challenges.

“These boys like to party hardy and break out the moonshine… but they were kind to me,” she said.