Scottish fans descended on Trafalgar Square during the day to party ahead of the friendly international match that evening, leaving a hefty 10,000 empty cans behind when they left. 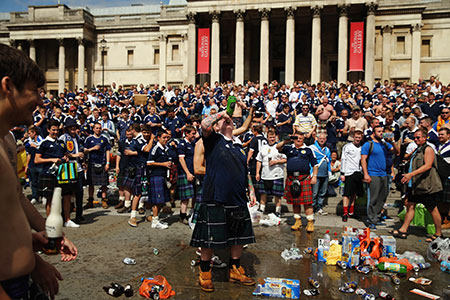 An estimated 2500 fans gathered in the famous central London square, draping flags, putting washing up liquid in the fountain and partying in the sun. 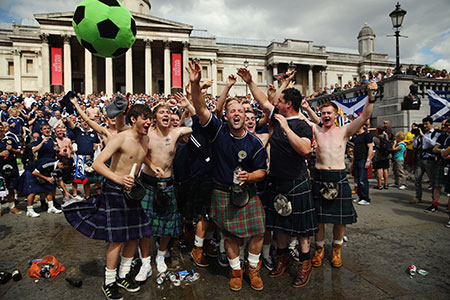 The match, the first time to the two teams have met this century, was a spirited affair as it always is between these old rivals .

Scotland took the lead twice in the game with England coming from behind to win the match 3-2 through England’s Rickie Lambert, making his England debut, who scored in the 70th minute. 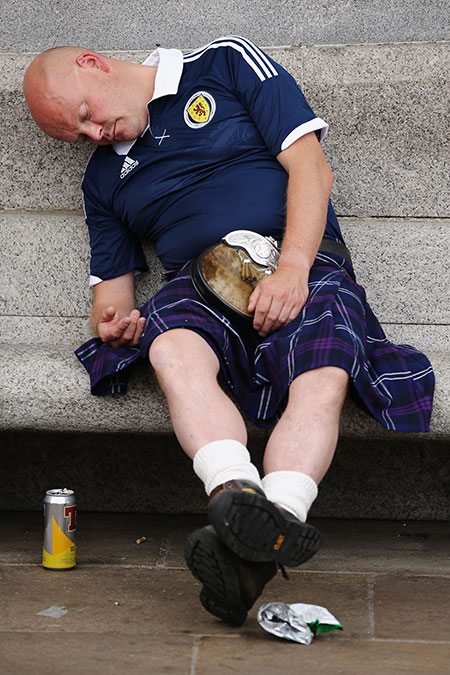 Starting a Business While At University