Sleeping in a slammer

Record numbers of tourists are expected to visit the English capital this summer – partly due to affordable exchange rates, and partly because of exciting new exhibitions such as Vogue 100: A Century of Style at the National Portrait Gallery and celebrations like the Queen’s 90th birthday.

Planning on joining the party? Now all you need is somewhere to sleep. Given that the capital is chock full of accommodation options from hostels to hotels and homely Airbnb abodes you might find it odd that, on a recent long weekend in London, TNT decided to spend the night in a slammer.

But panic not: we didn’t fall foul of the Metropolitan police.  Rather the hotel where we chose to lay our heads – The Courthouse London – was once a courthouse jail. Rolling Stones’ Mick Jagger and Keith Richards have both been held in the Grade II-listed building. These days the renowned Great Marlborough Street Magistrates Court has been transformed into a stylish Soho hotel.

Located only a stone’s throw from the iconic Carnaby Street – which has recently  undergone something of a renaissance – The Courthouse  boasts 116 impressively spacious (for central London) rooms and suites.

If you’re feeling flush, plump for the Magistrate Suites which occupy the high-ceiling Judges quarters on the first, second and third floor of the original building and are bedecked with original Robert Adams fireplaces and oak flooring. 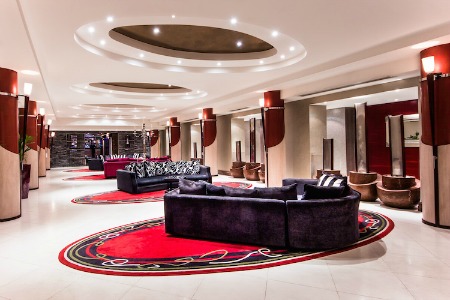 It’s not just the suites that elate: so too, do the restaurants. There are several places to eat including Carnaby Brasserie – a top spot for a leisurely breakfast – and the superb Silk Restaurant Room.

But it’s the bar that gets our vote. Be sure to book ahead and reserve a private table: situated in three of the original prison cells, they’re the perfect place in which to sip one of The Courthouse Hotel’s expertly mixed legal-themed signature cocktails.

Or, weather permitting, head up to the Soho Sky Terrace – a smart, secret escape that is fast becoming one of our favourite rooftop hangouts. And for a good reason: refreshing cocktails, light bites and mellow grooves against a backdrop of the Soho skyline – make for a spectacular experience.

Worried you might leave a lot larger than when you arrived? Ward off the weight gain in the basement fitness centre (where you’ll also find a heated swimming pool and sauna). Of course if that sounds too much like hard work, you could just hit Sanook spa for a spot of pampering… 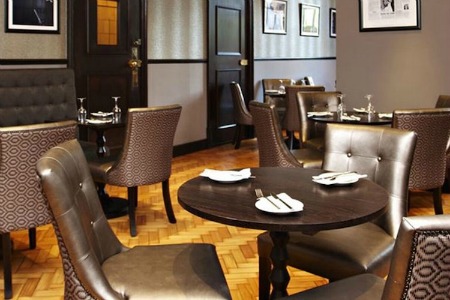 After which, you’ll be ready to shop till you drop at Toppers on Oxford Street or perhaps pop to the Palladium to catch Cee Lo Green (26 May), Beverley Knight (25 May) or Foreigner (7 June) in action.

All told if you want to live life to the full in the heart of London, The Courthouse Hotel on Great Marlborough Street is the address to hit.

Alice In Wonderland at the Angel, London