A smiling hippo named Otis has become world famous after some snappers took his picture at San Diego Zoo.

Three-ton hippo Otis was pictured bearing a huge toothy smile as Jay Parker, 35, and then his wife, Lauren, 30, posed next to the tank at a zoo.

The photos have now become an internet sensation.

Hippo fan Jay said: “When we saw his face we knew we had to get a picture.”

Apparently when the picture was taken Otis had just been in a fight with another hippo called Funani after the two shared a tank for the first time.

“When I look at his face I think he looks pretty tired by it all, or maybe he’s having a happy dream – either way it’s a great picture,” said Jay. 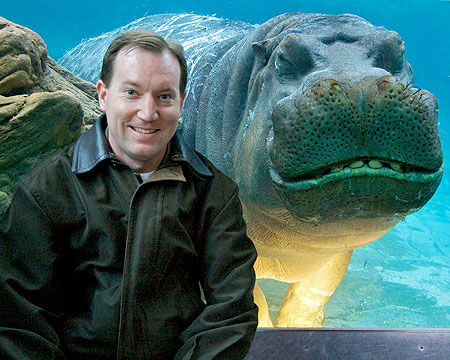 Get into london theatre, various locations

How high cost loans are impacting Brits at Christmas