Stewart, purveyor of such hits as Sailing, Hot Legs and Do Ya Think I AM Sexy?, was watching last night as Celtic, who were stunned a fortnight ago at Camp Beu when they went down to an injury time winner by the hosts, secured a historic Champions League victory. 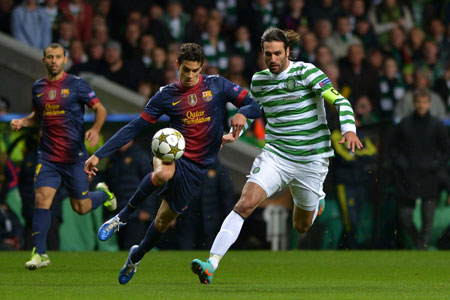 “It’s one of the proudest nights of my career.

“When I took this job I said I wanted to bring the thunder back and I’ve never known the atmosphere to be so good.”

The hosts went two nil up through goals from Victor Wanyama and Tony Watt, before Lionel Messi pulled one back with only minutes to go. Despite pushing for the equalizer, it was not to be as the Glasgow champs held on for a victory that has gone down in club folklore as a ‘where were you the night we beat Barca’ moment.