The code-hopping league-union-league player had said he’d stop boxing if knocked out by the ageing former champion, and it almost happened in the final round when the 44-year-old landed some heavy blows.

Most pundits had Williams a comfortable winner provided he stayed on his feet, but you wouldn’t have known it from the boos which drowned out the announcement of his win which earned the dubious WBA international heavyweight title (not a world title).

It was sixth win with no losses for the former All Black, who will line up for the Sydney Roosters in the NRL this season. But it was the first time Williams was taking on a fighter who anyone thought could have done him some damage.

Botha was a shadow of his former self, having previously fought Lennox Lewis, Mike Tyson, Evander Holyfield and being the one to retire Jeff Fenech, but he showed reams of experience to go the distance and almost snatch the bout in the final moments. 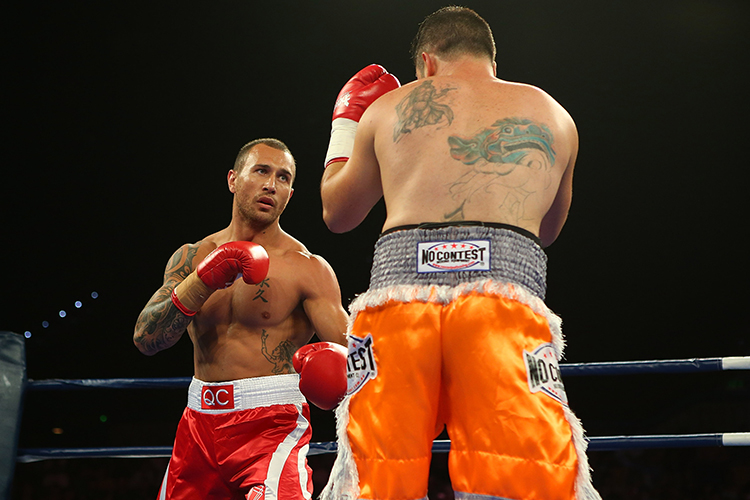 Earlier in the night rugby union player Quade Cooper was a booming success in his pro boxing debut, delivering a heavy right to knock out Brisbane insurance agent Barry Dunnett in the first round.

Dunnett, a former kickboxer had lost two of his three previous boxing bouts. It was Dunnett who landed the early salvos, but Cooper hit back with a dynamic combination.