The Proteas collapsed from 84-2 to 145-9, leaving the Dutch, who on Monday posted a record lowest score in Twenty20 International history during their loss to Sri Lanka, chasing 146.

And they started brightly, racing to 80-1 inside eight overs before Stephan Myburgh fell for 28.

The superb Dale Steyn and Imran Tahir eventually turned things up a few notches and the Dutch were bowled out for 139, agonisingly close to an upset.

It was incredible stuff from the Netherlands who at one stage needed just four runs an over to secure the win.

Proteas captain Faf du Plessis acknowledged his side were poor and that if they want to win the tournament they’ll have to improve.

“We’re making it a little tight for ourselves,” he said. “For a team that want to win the tournament, that wasn’t good enough by us.”

In women’s cricket, Australia captain Meg Lanning (pictured below) set a new record for the highest score in women’s T20 international cricket, making 126 from 65 balls against Ireland. The Southern Stars made 191-4 from their 20 overs. 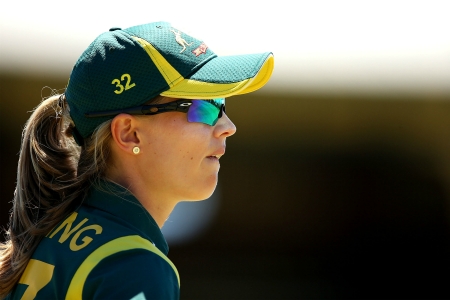 Warne insists age has not wearied him