Tom Clarke’s iPad was stolen while he was Christmas shopping in Tesco, but luckily the software engineer had set up an iCloud stream between the tablet and his iPhone.

Pictures include a smirking man in  pink bobble hat (above) and several photographs of a small brown dog. 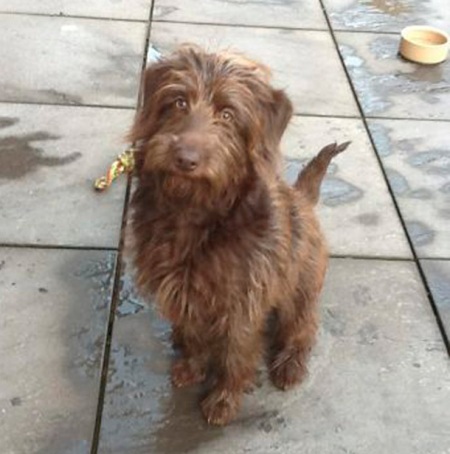 Another picture sent from the iPad was of two bright pink suitcases.

Since posting his plea for help in tracking down his device on Brighton FC fansite ‘North Stand Chat’, Clarke’s message has been viewed more than 10,000 times.

“Thanks for the support guys, but don’t be too judgemental,” he wrote in the original posting. “The guy in the photo might just have bought it from someone in good faith… We’ll see!

“(oh and I know I’m an idiot for taking my iPad to Tesco – so please don’t remind me!)”

If you know who stole Tom Clarke’s iPad, or if you recognise the man in the picture, please contact Sussex Police by calling 101 and quoting the crime reference WW3/113390/11.