Imogen Thomas, who had a super injunction slapped on her after an alleged affair with a married football player, has been offered a six-figure sum to appear on I’m A Celebrity Get Me Out Of Here.

Thomas has previously appeared on Big Brother but has been in the headlines recently after it emerged that the 28-year-old has a super injunction imposed on her by her football star ex.

I’m A Celebrity bosses hope to cash in on the interest that currently surrounds Thomas, especially if the super in junction is lifted by the time the show airs in November.

Even if the super injunction isn’t lifted, under its current terms, Thomas could talk about the affair to the other contestants because I’m A Celebrity is based in Australia. However ITV1 would have to edit conversations broadcast in Britain.

Specifically, the injunction prevents Thomas from talking about the relationship or from revealing anything which might lead to the football player’s identity being uncovered – such as his age, birth details, playing position or where he lives.

Thomas’s agent Max Clifford confirmed that his client had been approached by I’m A Celebrity.

“It would be interesting to see what comes out in the jungle,” he said, reports The Sun. 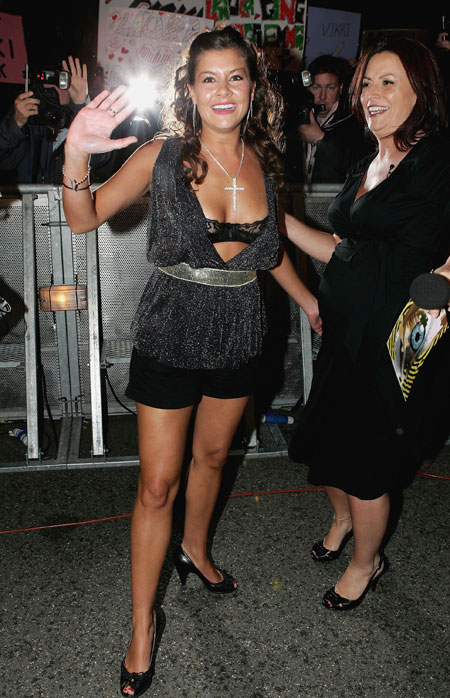 Imogen Thomas is evicted from the Big Brother house in 2006.

Thomas has previously said she would be up for a stint on I’m A Celeb.

“I’d love to go in. I’d wear a bikini every day and make sure I took sexy showers like Myleene Klass did. That’s all she did – and it worked!” she said.

“There’s no way I’d eat spiders so I’d make everyone starve for days. If I had to go in a box full of rats, then I’d do it, but I couldn’t eat eyeballs.”

Imogen Thomas spoke out against the super injunction today after it emerged that the footballer in questions accused her of trying to blackmail him for £100,000, which she denies.

Australia Day Fun in London – where to celebrate