The Surf City Dog competition in California took place over the weekend, with eighty dogs competing for the coveted ‘Top Dog’ title.

It was the sixth annual competition in what is the US’s largest – but far from only – dog surfing contest, attracting more than 4,000 spectators. 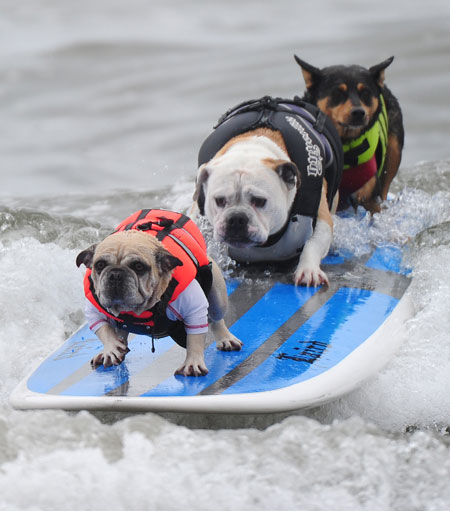 Organiser Lisa Scolman said that this year that the mutts had to be extra brave due to the fierce surf. 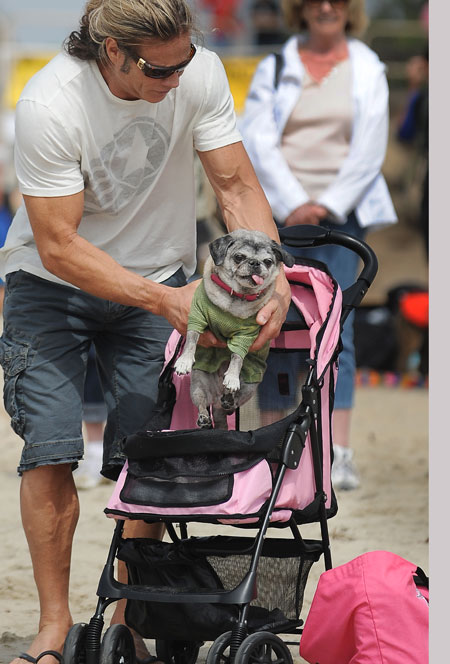 Worn out from surfing, a chariot awaits.

“We had a great swell of surf which has made for a really great event," Scolman said.

“The competition has grown in spectators over the years because of the waves, although this year we maybe haven't had as many new dogs joining in because the extra surf scared them away.” 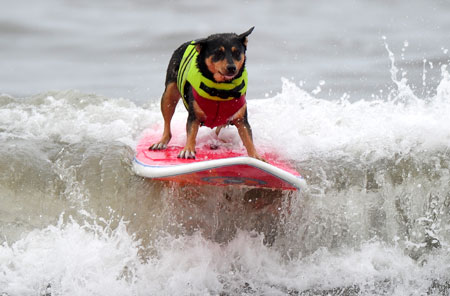 Only the brave: Big waves scared off some dogs

Standards were high, but 14-year-old Buddy took home the canine crown, making it his fifth win and gaining the Jack Russell Terrier a spot in the Surf Dog Hall of Fame.

It will be the last time Buddy enters the surfing competition. "That last heat was probably the best of Buddy's life," his owner Bruce Hooker said.

In another contest, pooches teamed up to attempt the world record for most dogs on a surfboard at the same time. 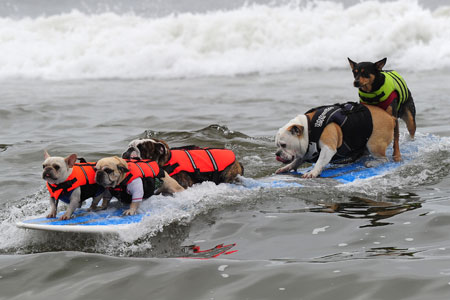 Board buddies: Dogs team up to break the world record

Not only did the contest provide the best pictures to kill five minutes of your morning at work, it also raised more than $100,000 for the Woodward Animal Center.

"Helen Woodward Animal Center hosts the best Surf Dog Competition and we are so proud to represent," Hooker said. 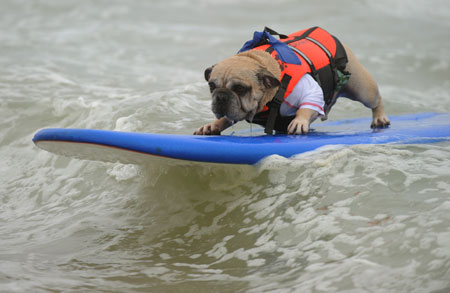 The competition, held on Huntington Beach, was judged by a number of pro surfers who watched dogs compete in four weight classes. 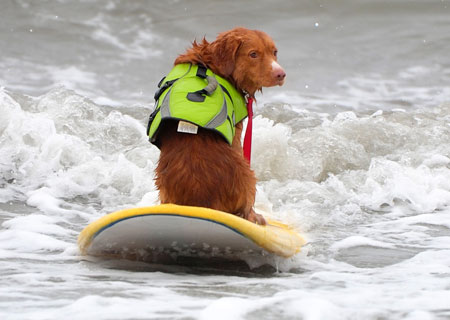 A Day In The Life Of