The best highs in London – the highest bars, gardens and experiences in the capital

If you prefer horticulture to culture, you can get involved in the management of the garden and allotment space on the roof. Or you can just grab a drink and soak up the views of Dalston Kingsland.

Sit in bespoke furniture around the open fireplace, and make sure you take time to admire the garden, before checking out the panoramic views of London.

There’s a unique Cuban humidor with a full cigar menu. This could well be the London’s most luxurious rooftop. 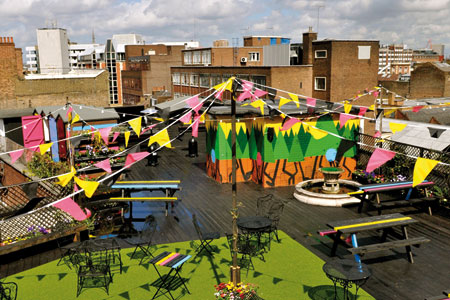 Part bar, part club, part art gallery, the Queen of Hoxton (above) comes into its own in summer with a gorgeous rooftop garden, complete with hanging baskets and a fountain.

Don your best hipster threads and tuck into some of east London’s best jerk chicken from the rooftop barbecue. There’s scrawling wall art and a tempting list of delicious cocktails.

Whether the roof garden is open depends on the weather: follow the team on Twitter for the latest updates.

Wear flat shoes with a good grip, as the climb up to the top of the arena’s roof is pretty steep. Once you’re at the top, 52m up, walk around and enjoy the views of south east London, Docklands and the Olympic Park.

The world’s tallest isolated column, Monument stands 62m from the site of the baker’s where the fire began in 1666. There are 311 steep spiral steps to the caged viewing platform.

Escape the city on a 600m-long assault course set 16m up in the trees of Trent Park. You’ll tackle Tarzan swings, rope bridges and zip wires on your journey around the course. Look out, too, for the Skateboard Zips: a combo of boarding and zip wire. 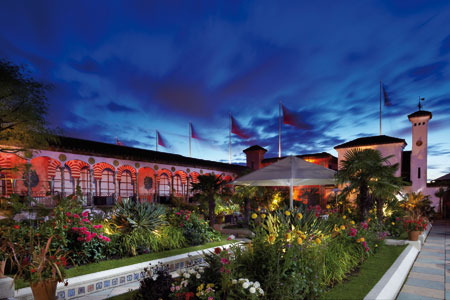 One of London’s longest-standing rooftop oases, The Roof Gardens is the biggest of its kind in Europe, 30m above Kensington High Street.

It features three themed areas: a Spanish garden, with fountains and palms, based on the Alhambra in Spain; a Tudor garden with hanging wisteria and sexy secret corners; and an English woodland garden with a pond, complete with fish, pintail ducks and four flamingos.

About 200m of walkway winding between the crowns of lime, sweet chestnut and oak trees, 18m up. Spot birds, insects, lichen and fungi.

The three-course meal is washed down with plenty of British craft lager Saint, or the classic Italian aperitif, Aperol Spritz, plus live music. 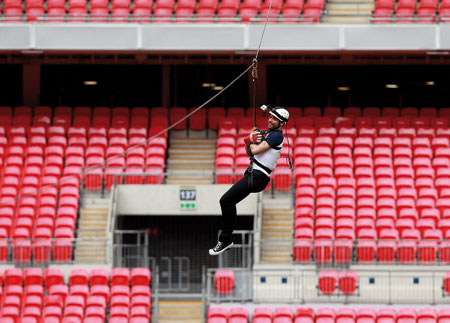 Shoot 30m above the iconic sports stadium on a 200m long wire strung over the pitch. Punters are promised they can reach speeds of up to 25 miles an hour as they race along the high-density zip wire.

Then, take a more leisurely tour of the stadium, where you can sneak into the England changing rooms, emerging pumped and ready from the tunnel.

For summer 2012, British food architects Bompas and Parr have recreated the crazy golf course that used to adorn Selfridges’ roof in the 1930s.

Test your putting skills on a London-themed cake-based nine-hole course, six floors above the Oxford Street traffic. If all that swinging around the sweets makes you peckish, you can  indulge in a traditional British afternoon tea from the 100 per cent organic Daylesford Cafe. 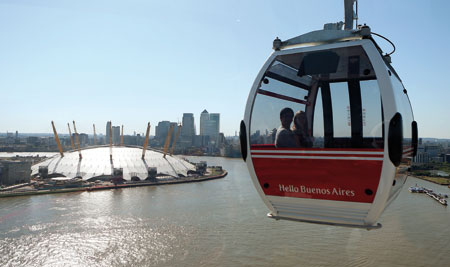 Get great views of London’s Docklands, Canary Wharf and the Olympic Park with a trip on the new cable car across the Thames, the Emirates Air Line.

At the highest point on the five-10 minute trip, the cars dangle 90m above the river, enough to make even the most stable stomachs wobble a little bit.

Prices for a drink on the 28th floor of the London Hilton with accompanying 360-degree views of Hyde Park and Buckingham Palace are at a premium, so maybe keep this for a special occasion.

You’ll need to book and adhere to a dress code, but once in, you’ll sup on beers, ciders, whiskeys and some funky cocktails while enjoying fantastic views across the city. Top class.

Tower Bridge’s high-level walkways span the Thames 42m above the river. You can see St Paul’s and Monument to the west, and spy on the surprisingly chic boats of St Katharine’s Dock to the east. 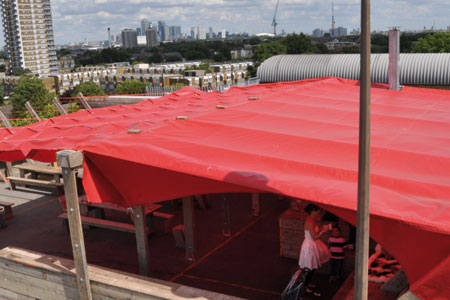 Access through Peckham’s disused multi-storey might be less than salubrious (the stairs smell just as you’d expect a car park stairwell to), but it’s worth braving the climb.

The roof (10 floors up) offers spectacular views of the whole of London; there are quirky art installations from the Bold Tendencies project for some thought-provoking culture; and Frank’s serves the perfect accompaniments to both: a variety of Camparis and cocktails, plus interesting snacks and mains.

On the external Golden Gallery, you’ll be 85m from the cathedral floor, having climbed 528 steps. Take in views of central London,
the Thames, Shakespeare’s Globe, and the Tate Modern.

Nibble on tapas-style dishes as Skyroom teeters on the London skyline, one of its four rooms hanging over the street below.

Through the leaves of the resident Black Tupelo tree, you can glimpse brilliant views of the More London estate, the Shard, the Thames and the Tower of London beyond.

Top 5 cocktail cities: Drink in the city where your favourite cocktail comes from