Well, we’ve all got a little angry with our mobile phone operator from time to time – looks like this fellow was pushed a bit too far. 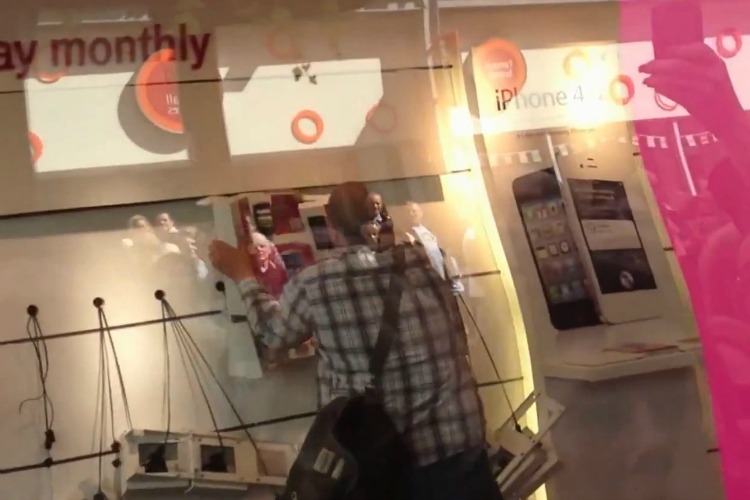 T-Mobile employees can be seen standing by helplessly waiting for the police to turn up and deal with the disturbance.

The incident took place in Manchester’s popular Market Street over the weekend on Saturday afternoon. T–Mobile told The Daily Mirror “The customer’s dispute was in relation to a refund that we were not able to give – as it was clearly outside of the stated terms and conditions.”

Police confirmed that a man has been charged with a public order offence and criminal damage.

Jason Codner, 42, is due to appear in Salford and Manchester Magistrates’ Court at the end July.