The UK has some of the world’s weirdest museums. Not that we’re knocking the Natural History Museum’s life-sized blue whales or the British Museum’s mummies, but if it’s something more off-the-wall you’re after then read on.

Far from the hustle and bustle of London lie some of the UK’s more ludicrous museums. Before setting off cross-country in search of eccentric exhibitions, it’s worth visiting one of the capital’s hidden secrets, The Hunterian Museum.

Nestled in The Royal College of Surgeons but open to all, The Hunterian brings the terrifyingly pre-anaesthetic realities of medical history to life.

Centred around the personal collection of renowned pioneer surgeon John Hunter, it houses a comprehensively wince-inducing array of mini-movies showing keyhole and brain surgery in all its close-up squidgy glory, and something to truly stop you in your tracks – a two storey, four-walled row of glowing tubes housing every Mad Scientist’s dream: preserved specimens of the creepiest and most fascinating biology from around the world. From the skeleton of ‘Irish Giant’ Charles Byrne (2.5m) to contorted, seemingly half-human foetuses, each and every exhibit is a refreshing, occasionally stomach-churning, change from the norm. 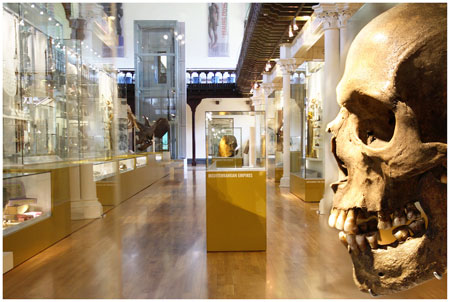 If you’re looking for something less squeamish, Leeds Castle’s Dog Collar Museum, in Kent, is sure to scratch the dog-loving itch.

As if the 202ha of lush parkland, moat and near 1000-year-old historical décor weren’t captivating enough, the castle prides itself on its ‘unique collection of historical and fascinating dog collars’ dating back over five centuries. 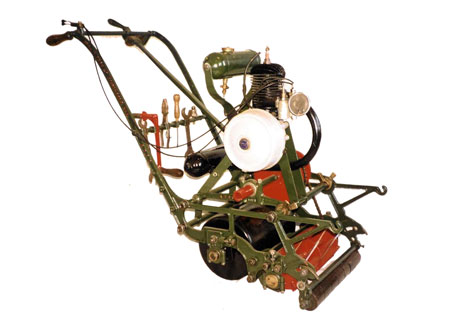 Man’s other best friend, his lawnmower, is given a bafflingly dignified showcase at the British Lawnmower Museum in Southport, Merseyside. There are more than 200 vintage machines. It’s an oddly inspirational tale of how one man’s mission to make gardening even lazier revolutionised the agricultural world. 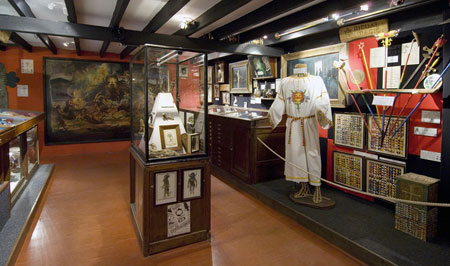 The Museum of Witchcraft

The Museum of Witchcraft is a fascinating insight into the colourful (ie bloodthirsty) history behind Britain’s pagan background and ongoing obsession with the occult.

The museum’s popular array of all things ‘dark arts’ was set up by former MI6 agent Cecil Williamson, who was once tasked with uncovering the occultist leanings of top-ranking Nazi officials.

The comprehensive collection is as chilling as it is captivating. There’s the display of dipping chairs (used to determine whether a woman was a witch), leering skulls, demonic-looking sacrificial tools and voodoo dolls hinting at the magical mayhem that claimed the lives of an estimated 100,000 women during the worldwide witch-hunts of 1480-1700.

Admission £4
The museum is currently being revamped, but will open in April
museumofwitchcraft.com

The chilling ‘icing on the collection cake’ undoubtedly goes to the Stephen Beaumont Museum Of Mental Health in Wakefield though – a lunatic asylum that, despite relocation, has undergone little conversion into the interactive museum it is today.

With worn restraining equipment (muzzles, chains and strait jackets), mortuary baskets, medical and surgical equipment, its very own padded cell and photos dating back to 1862, there’s an eerie air and maudlin mood that’s unlike anything you’ve experienced before.

And after a childhood of museum visits chock full of countless stuffed otters and po-faced portraits, that’s as much of an attraction as anything the regular tourist traps have to offer.

Free admission
The museum is open every Wednesday
wakefield.gov.uk

The weirdest museums around the world

Phallus Museum, Iceland
In a world stuffed with iconic, classic collections housing the greatest creativity history has to offer, fledgling museums have to have a selling point. And you could argue Iceland’s penis-obsessed attraction has a few. As if the extensive range from the world’s smallest (shrews) to the biggest (blue whale) mammal phalluses on offer wasn’t enough, there’s even a section on fabled penises (elves, sea monsters etc).
phallus.is

Museum of Funeral Carriages, Barcelona, Spain
If Barcelona’s extensive exterior architecture has left you all Gaudied out, head to the increasingly popular, fascinating selection of ornately carved carriages, hidden deep within the basement of the city’s Municipal Funeral Services.
Tel: 0034 93 484 17 00

The Museum of Bad Art, Boston, US
Boston’s hilariously frank museum is, as far as we’re aware, the world’s only space dedicated to every kind of rubbish art you can think of. Art’s supposed to be subjective, but we defy anyone to champion the paltry paintings and sad, sorry sculptures on show. Ogle the land-scapes on display and decide if a picture is showing an ice-cream or a mountain, then laugh your head off at the odd looking nudes.
museumofbadart.org