Tour groups such as Contiki (contiki.com) offer a whole host of east coast adventures (see end of article for some of its top tours to try).They cram lots in, planning everything for you and providing transport so you don’t have to waste precious time studying guides or maps. You’re going to make a lot of new friends on your adventure, and these are the relationships that last a lifetime, because nothing says friendship like watching out for snakes while your new mate takes a dump in the bush. Or the bonding experience of entering a wet T-shirt competition in Cairns.

If you do have more time, then it’s worth stopping in the little coastal towns you find along the way. The people you’ll meet in the small towns are generally friendlier and more typically ‘Aussie’ (in the Crocodile Dundee sense), because Sydney locals think crocs are a type of shoe they wouldn’t be caught dead in, and the price of beers in the small country pubs are circa 1985.

Perhaps you’ll get the hang of surfing and experience your own Endless Summer by following the sun north. Maybe you’ll feel at one with the peaceful lifestyle of Rainbow Beach and start selling seashells by the sea shore. We recommend having a backup day job or trust fund if this is the case. Or maybe you’ll just get stuck in Nimbin. You don’t need to tell us why. But, just so you have a good base to start with, here are a few of our favourite experiences we recommend you try when travelling the east coast… 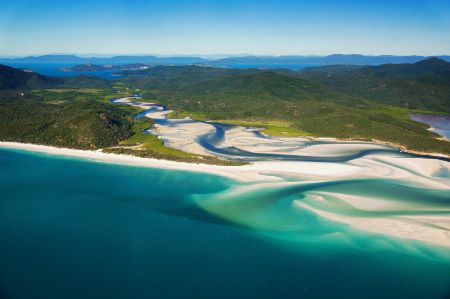 Home to arguably Australia’s most stunning beach, the Whitsundays area spectacular chain of 74 islands off Queensland party town Airlie Beach. Like Australia’s version of the Greek Islands, spending a few days sailing and diving around these dots of palm fringed jungle is a classic backpacker experience, with main attraction Whitehaven Beach being one of the highlights of the east coast.

Of course the islands are also dotted around the Great Barrier Reef, one of the seven natural wonders of the world, and the winner of Best Visitor Attraction at the Golden BackpackAwards 2014. Talking of which, The Whitsundays themselves were voted by backpackers as the best area to visit in the whole of Australia, so there you have it.

The best way to explore? Take a blissful sailing trip and just sunbathe, dive or snorkel and enjoy.

Noosa, from an Aboriginal word meaning ‘place of many trees’, has a sunny climate and warm locals. Some must-dos are the Noosa National Park, shopping along Hastings St, tours around the nearby Fraser Island, surfing, horseback riding, Jet Skiing, kite surfing, kayaking, biking and parachuting. Noosa is also a backpacker’s delight with well-priced resorts, a bustling nightlife and loads of bars and live music. 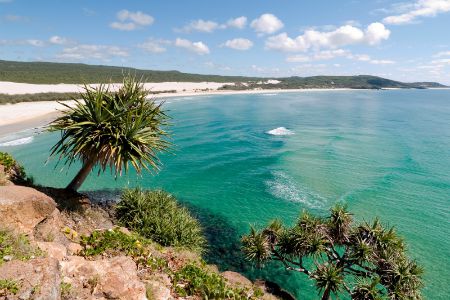 A perennial fave, nothing quite beats hitting up the world’s largest sand island in a 4WD. The inland lakes are also some of the best swimming spots you’re likely to find in Oz. Another little secret for you: it’s a base for Fraser Island sure, but there’s a fair bit to see and do in Rainbow Beach too. Bizarre multi-coloured cliffs, friendly locals, spectacular coastal scenery, Great Sandy National Park, lovely beaches… it’s a wonderful little escape. 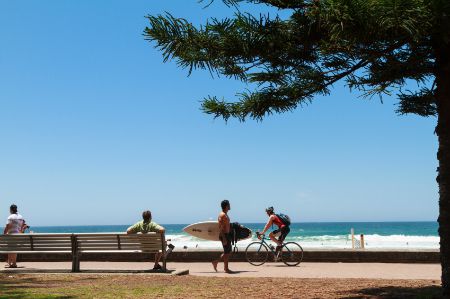 Like the feel of a board between your legs? Some of the best surf spots are found on the east coast, starting with Whitehaven Beach, which offers perfect waves as well as scenery. Southern Queensland is, in more ways than one, Surfers Paradise. The reef puts a stop to the waves at Bundaberg, but until then, learning to surf is the most fun you can have with (some of) your clothes on. In Sydney, Manly is the perfect place to give it a try.

The thoroughly lovely twin coastal towns of Agnes Water and Town of 1770 are surrounded by inviting national park, offering delightful beaches, turtle watching and access to reef islands. The area is also a great spot to learn to dive and surf, or even for motorbike tours around town. Plus the towns are bathed in that infectious laidback feel – a taste of old-skool Queensland. It’s also the closest point to access to the Southern Great Barrier Reef. Dive straight in! 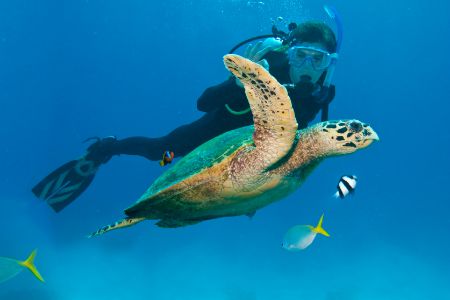 When heading up or down the east coast you’re going to be subjected to some of the most beautiful crystal clear water you’ve ever seen. Oh and a World Heritage-listed reef. So take advantage of both by learning to dive. If you’re further south, you can easily find a scuba school in Sydney, but if you want some Great Barrier action you’re going to have to wait till you get to Queensland. There’s 2,000km of it so don’t worry, you’re not going to miss it. A great variation on reef diving is checking out the Yongala wreck off of Townsville. It’s rated as the best wreck dive in Australia with an abundance of marine life to see.

If you like your travels with a side of ‘Oh my God I’m going to die!’ then the east coast won’t disappoint. The AJ Hackett site near Cairns is one of the only places in Oz where you can bungy. It’s also very pretty. If you don’t fancy being attached to a rubber chord then perhaps skydiving is your thing. Offered at all the main hubs along the east coast, it makes you feel invincible, scares the living shit out of you and offers incredible views in the process. What’s not to like? Want something a bit more surreal? Try Zorbing on the Gold Coast – you’re basically thrown down a hill inside a big ball. 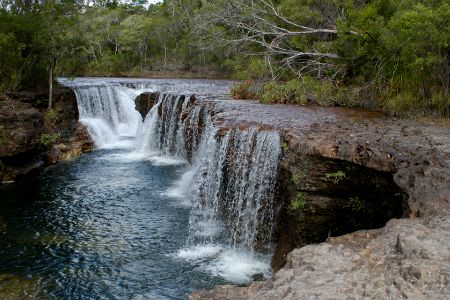 Beyond Cooktown lies the remote Cape York Peninsula, at the northernmost tip of Australia (only 150km from Papua New Guinea). It is still one of the wildest and least populated parts of Oz. Unsealed roads, river crossings and crocs make the adventure one of the best roadtrips Down Under. Just don’t even think about it without a 4WD, and travel prepared – water, water and more water.

Whitewater rafting is a knucklewhitening ride that’s all for real. The Tully River, accessed from Mission Beach and Cairns, is the most popular place to get wet. Hold on for the ride of your life as you whizz down the rapids. Mission Beach itself is another underrated gem; a great place to detox after (or before) Cairns, with snorkelling, diving, skydiving and rainforest walks all available. 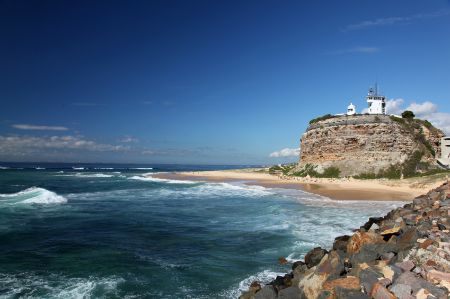 Named after England’s famous coal port, Newcastle was originally the place where the most dangerous convicts were sent to dig in the coal mines as harsh punishment for their crimes. Guess who’s having the last laugh now… Yep, it has great surf spots, offers high-adrenalin among the sand dunes, its art scene is growing and its small bar scene is overflowing. Definitely worth a visit from Sydney.

THREE-DAY SNORKEL OR DIVE TO ADVENTURE

Escape into the big blue beyond from Cairns. Go Down Under at the world’s premiere underwater playground, the Great Barrier Reef, and see the flora and fauna that call this natural wonder home across three awesome days.

Try some whitewater rafting, a high-speed catamaran cruise to the Great Barrier Reef, or just take in the local wildlife at the various nightclubs around town. Relax and let the sun soak in while you enjoy days of leisure on Long Island.

Take in the crystal clear waters and the lush tropical settings of the east coast. Ride the Captain Cook Highway with rainforest on one side and the Great Barrier Reef on the other, exploring both as you go.

Want a taste of the big city but also lots of beachside action? City to Surf gives you a taste of both the buzzing city scene and chilled beach life, Aussie-style. Start off in Sydney, exploring the iconic sites and maybe fit in some shopping before making your way to Coffs Harbour and the Surf Camp experience. Maybe cuddle a koala then take it up a notch in the ultimate Aussie party spot, Surfers Paradise.

The biggest stress tip you will ever be given