The women had gathered to raise awareness of of what they predict will be a boom in sex tourism as prostitutes head to Ukraine to work during the UEFA European Football Championship event.

Displaying messages across their bodies that read ‘Fuck Euro 2012’ the topless protesters caused a panic when they grabbed the trophy as it was displayed at Dnipropetrovsk square in Ukraine. They were swiftly removed by security guards. 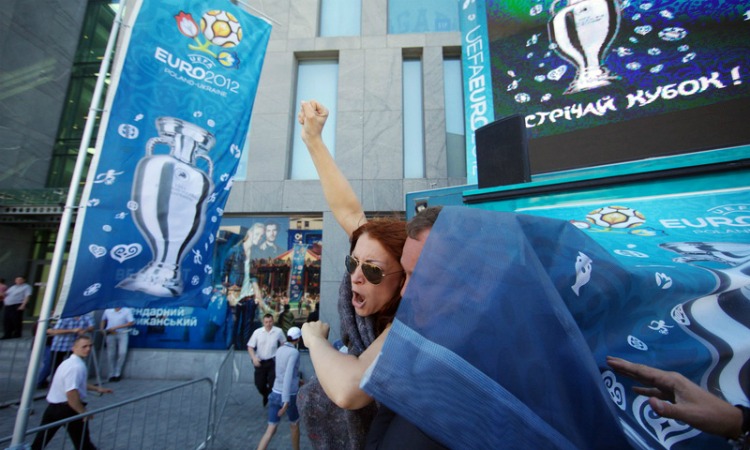 Femen have recently protested against Euro 2012 in Kiev, and earlier this year in March put on a high-profile protest promoting women’s rights under Islam.

The former Soviet republic hosts the event, which happens once every 4 years, jointly with Poland this year.

Paris on a budget

W Province to do it the hard way