Some Twihards have been camped out for several days, hoping to catch a glimpse of Pattinson and co-stars Kristen Stewart and Taylor Lautner, who will be in London promoting the fourth, penultimate, instalment in the Twilight franchise. 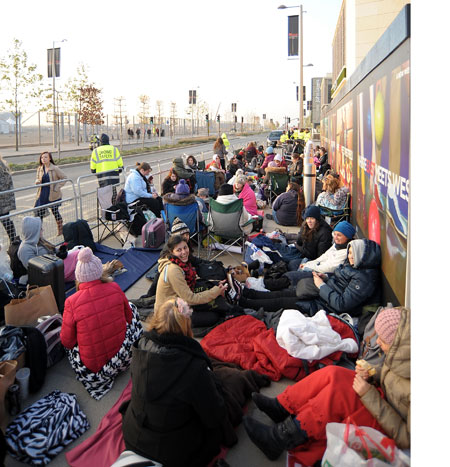 Twlight fans have been camping on the pavement outside Westfield

The film premiered in LA on Monday night, where hundreds of teenage girls turned up to check out the stars on the red carpet. 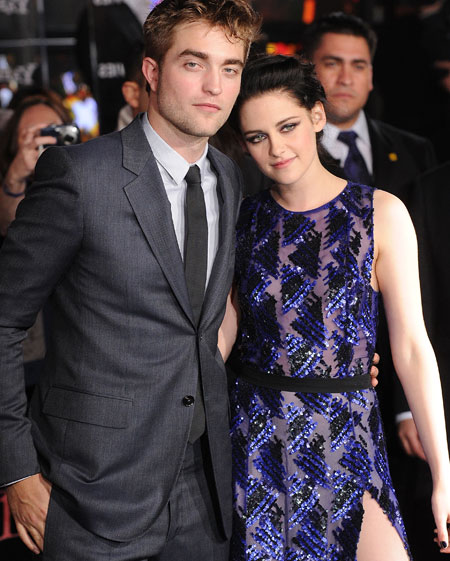 R-Patz and K-Stew on the red carpet in LA

Breaking Dawn is likely to be another box office smash for the Twilight franchise, helped by the fact that lead characters Edward Cullen (Pattinson) and Bella Swan (Stewart) will take part in their first sex scene. The actors are a couple in real life.