One thing that you are certainly able to do in the UK that you can’t in the USA is see a royal family. The Queen of England – Elizabeth II – has spent 67 years on the throne which makes her the longest-reigning British monarch in history. Queen Elizabeth resides in Buckingham Palace in Westminster, London. Although the public are not allowed inside without invitation for obvious reasons, apart from in the summer, where some sections of the palace are open to the public, Buckingham Palace is one of the most popular tourist destinations in the world.

The closest thing to Buckingham Palace in the USA is probably the White House, but we will let you decide what comparisons there are between Queen Elizabeth II and Donald Trump! 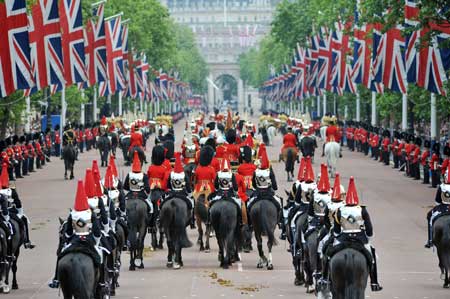 Travel round the whole country in less than 24 hours

Yes, in the UK you can drive from the most southern point of the island (in England) to the most northern point (in Scotland) in less than 24 hours – around 17 hours to be exact. How long would it take you to do this in the USA? Well, to travel from the east coast of the USA to the west coast will take you 224 hours which is over nine days of driving.

A road trip across the United Kingdom would not take you half as long as a road trip across America would. Although the weather from the bottom of the UK to the top does not change much, (especially in comparison to USA) each and every UK town and city is unique in one way or another. So, in that sense, don’t think that a road trip across the UK would be quick and tedious, quite the contrary. Scotland was recently voted by Rough Guides readers as the most beautiful country in the world – this should be all the incentive you need to come across the pond for a while! Beautiful places in England include York, Chester and Canterbury all of which are located in different areas of England.

Of course, if you are traveling, you wouldn’t go to a country just to see how long it would take you to travel across one part of the country to the other. But if you are an American wanting to sample British culture and life from Yorkshire in the north to Surrey in the south, you would be able to do this without too much difficulty.

Across the vast majority of the USA, online gambling for money is illegal. There is nothing stopping US citizens from playing poker and casino games online, however, it is illegal to place wagers online.

Given that online gambling – poker especially – used to be massive in the USA, it is still disappointing to many US citizens that online gambling is banned in the country. US poker players still have nightmares about the date dubbed as Black Friday. Black Friday (April 15th 2011) saw the United States Department of Justice issue an indictment against the three largest online poker websites in the USA. Following the indictment, all three websites ceased offering US players the chance to play for real money. Lots of poker accounts were frozen resulting in the loss of hundreds of millions of pounds for US poker players as after the indictment, accounts at the three poker websites were frozen.

In the United Kingdom, there is no such law that prohibits placing wagers online and it is for this reason why so many online poker players hail from the UK. Not only that, but online gamblers do not have to pay any tax on their winnings/earnings – the UK really is a haven for all online gamblers and it is no surprise that the top slots sites, poker sites and casino sites are all located in the United Kingdom.

Yes, in the United Kingdom the drinking age is 18 so if you are an American citizen under the age of 21 and are looking to party legally then get yourselves over here. The UK is home to a variety of party hard cities.

University culture in the UK especially is all about the partying so the UK is the place to be in that regard. Students in the UK are often treated to special discounts on alcohol too, so if you are looking for a place to mix studying with getting wasted every weekend – the UK is probably the number one spot.

In the USA, you cannot legally drink alcohol until you are at least 21, a long time to wait for some! 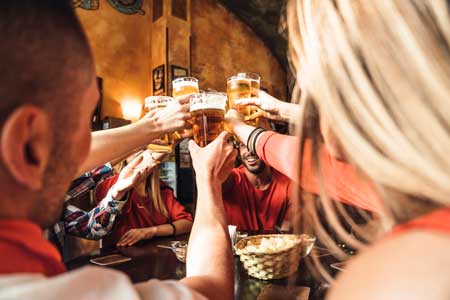 Walk up to a policeman without the fear of being shot

In the UK you can freely walk up to an on-duty police officer without the fear of having a gun drawn on you – Americans, can you believe this? In the UK, your average police officer will not carry a firearm. They are likely to be equipped with pepper spray and a baton but not a loaded handgun like in the USA. 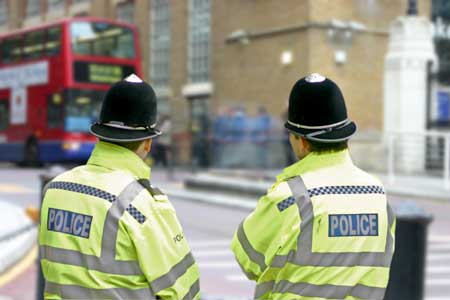 It is not surprising then, that firearm usage (by both the police and the public) is a major problem in America. In 2017 alone, 40,000 people were killed by firearms in the USA – the highest rate in over 20 years. Whilst the US police alone shoot dead almost 1000 people per year. In the US there is a total of almost 20-gun deaths per 100,000 inhabitants whereas in the UK there is less than 1 death per 100,000.

If you want to be safe from guns, leave the USA and come to the UK!

Do these five points inspire you to leave the USA in favour of the United Kingdom? Let us know in the comments!