Now US ambassador to Australia Jeffrey Bleich has called for a stop to the pirating, putting a plea on his Facebook page for GOT fans to hold their horses, reports CNET.com.

“As the ambassador here in Australia, it was especially troubling to find out that Australian fans were some of the worst offenders with among the highest piracy rates of Game of Thrones in the world. I realise that fans of Game of Thrones who have used illegal file-sharing sites have reasons. 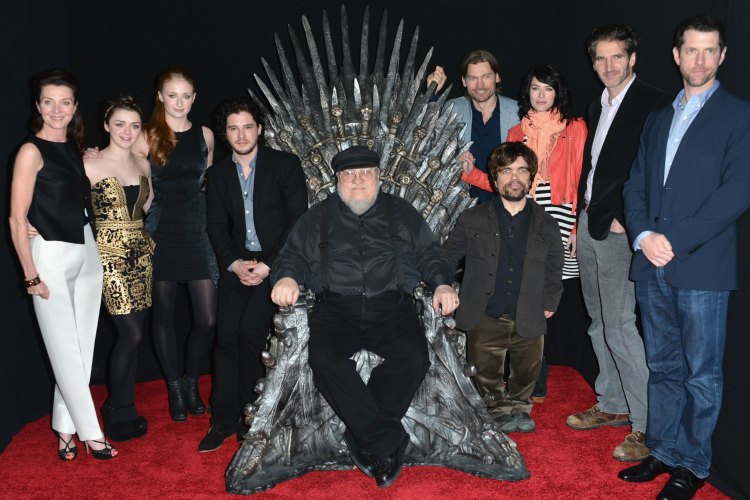 The cast and creator, George RR Martin, at ‘Game Of Thrones’ The Exhibition (photo via Getty)

“They will say it was much easier to access through these sites, or that they got frustrated by the delay in the first season, or their parents wouldn’t pay for a subscription, or they will complain about some other issue with copyright laws. But none of those reasons is an excuse — stealing is stealing.”

Fans who just cant wait to get teir next installment of medieval powerplays will be pleased to know that Quickflix will havenew episodes within hours of it airing in the US.