Matthew Gough, 25, from Birmingham, flung himself 1000ft off a cliff at Italy’s Lake Garda but amazingly survived the fall with cuts and grazes but no broken bones after bouncing off the rocks.

Gough told The Sun “I really thought I was going to die. When I hit the floor I was in total shock that I was alive.”

“My parents are desperate for me to stop, but I fully accept the dangers.”

Gough is an experienced skydiver with over 700 jumps under his belt.

“Everything was going fine and then I pulled the parachute,” he told SWNS News Agency. 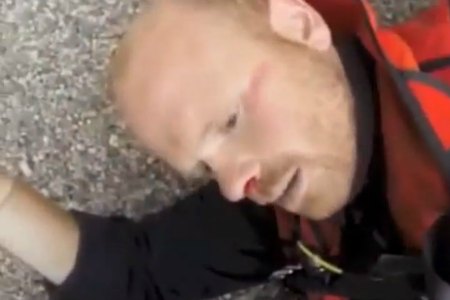 “The problem was the deployment was really slow, it comes down to simple bad luck, nothing else, the conditions were fine, the parachute twisted and when it inflated it was facing backwards…the parachute twisted even more before going into a dive and then spiralled towards the ground while I was smashing against the cliff.”

Arsenal and Chelsea in hunt for want-away Wayne Rooney