A voiceover bestows the honour and hard work of the farmer over a montage of picture postcard images of farmers and wide open rural spaces before ending on an image of a Dodge Ram truck in front of a farm.

The voiceover says that on the Eighth day of his planned paradise, “God said, ‘ I need someone willing to get up before dawn, milk cows, work all day in the field and milk cows again, eat supper then go to town and stay past midnight at a meeting at a school board, so god made a farmer. 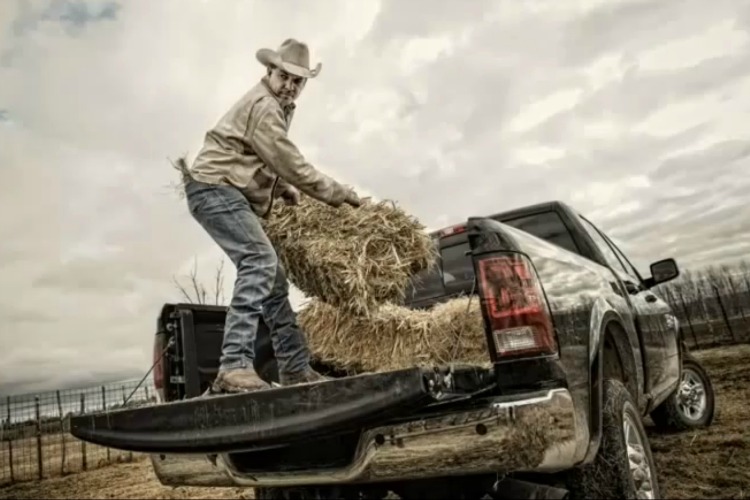 It then continues, appealing to the traditionalists, saying, “God said, ‘I need someone strong enough to clear trees and heave bails yet gentle enough to yean lambs and wean pigs,’ before adding : “‘It has to be someone who would plough deep and straight and not cut corners… And then reply with smiling eyes when his sons says that he wants to spend his life doing what dad does… So God made a farmer.’”

Paul Schrodt of Esquire magazine called it “the ballsiest 2013 Super Bowl ad” saying “among all the other ads drowning in celebrity cameos and Twitter hashtags, it actually managed to be effective.”

Trevor Dayley of FStoppers.com has pointed out that the idea for the commercial came from a YouTube video originally created by Farms.com

However, in the 2013 Brand Bowl stats showing the brands most talked about on Twitter, Dodge only made it to 33rd place – the most talked-about ad came from Volkswagen.

Things To See And Do In The Woking Area