Mohammed Nisham confidently uploaded a video of the incident to YouTube, where it’s gained over a million hits.

He explained: “Had been promising him his Ferrari drive since 6months. So gave him d Ferrari keys on his 9th bday. dat was on April 6. He’s a pretty confident nd careful driver, used to driving most of my cars.”

The video went viral worldwide – and as a result, Nisham has been charged by police in India with endangering the life of a child and allowing a minor to drive. 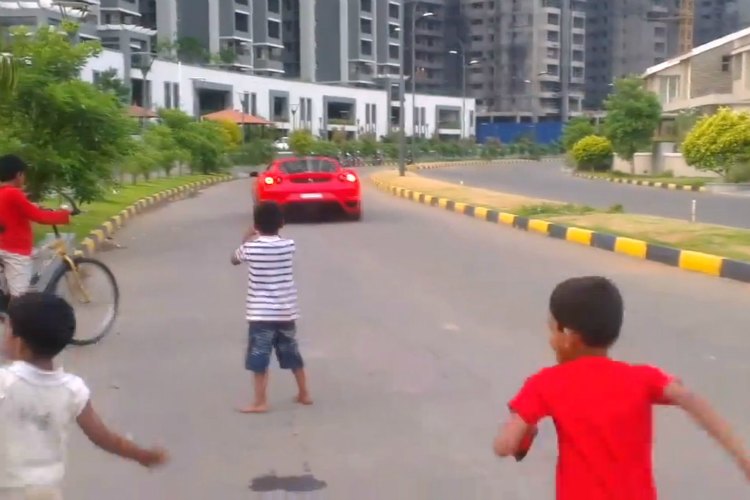 Neighbourhood kids gather round to see their friend cruising the streets

The super-rich father Nisham, a tobacco and real estate businessman who expected to hand himself in to police this week, has also previously allowed his son to drive his collection of 18 luxury cars, including a Lamborghini, Porsche and a Bentley.

Mother Amal Nisham told India’s NDTV “I am proud of him. He’s been driving since he was five.”

“It was his ninth birthday, and since he was insisting for months, we allowed him to drive the Ferrari. He is a cautious and confident driver. It’s not easy for a child to achieve such a feat at this young age.”

The right platform is a prerequisite for successful trading

Newcastle man gets publicly dumped by both of his girlfriends