Video: Forget snakes on a plane, Sharknado has, you guessed it, sharks in a tornado

The game’s been continually upped by the likes of Mega Shark Versus Crocosaurus and Piranha 3D. But this could well top them all.

Starring American Pie beauty Tara Reed, the film features an apocalyptic event in which thousands of deadly sharks are picked up in a tornado and thrown teeth-first at hapless victims. 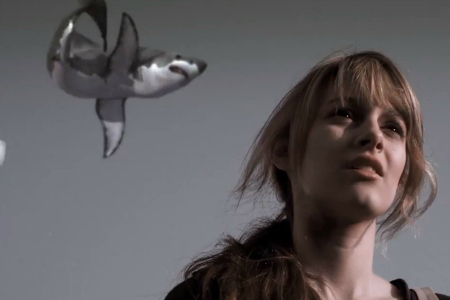 One of the highlights of this mind-blowing teaser for what’s sure to be an Oscar-nominated classic is a scene in which a ferocious flying shark is hacked in half by the film’s hero with a chainsaw.

Watch at your peril.

Zimbo in an Aussie Flag