Introducing Laurie as an “award winning British person”, the pair read a list of slightly offensive terms and words that have been deemed suitable for on mainstream US TV networks.

Laurie and Colbert then proceed to read out a series of the acceptable rude words to an inappropriate soundtrack of Vivaldi’s Four Seasons. 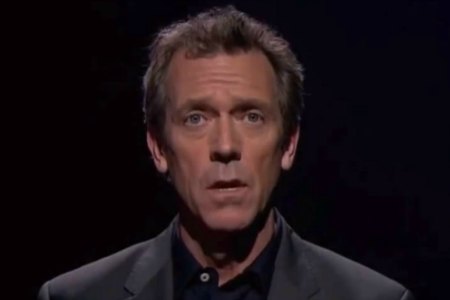 Straight-faced on a black backdrop, they proceeded to read out mild swears like ‘balls’, ‘coochie juice’ and ‘man tits’ ‘bang, banging, bitches’.

During the interview with Colbert, Laurie expressed hopes that his comedy partnership with Stephen Fry could at some point be revived.

A night at the cinema: preview to the Sydney Film Festival