Video: Katie Hopkins’ toe-curling appearance on This Morning goes viral after she claims you can judge children by their names

Appearing to betray her classist views on national television, former star of The Apprentice and I’m a Celebrity…Get Me Out of Here! Katie Hopkins said:
“I think you can tell a great deal from a name. For me there’s certain names that I hear and I think, ‘Urgh’. For me, a name is a shortcut of finding out what class that child comes from and makes me ask, ‘Do I want my children to play with them?

“There’s a whole set of things that go with children like that and that’s why I don’t like those sorts of children.”

“A name, for me, is a short way of working out what class that child comes from,” she said, then went on to dig an even deeper hole with further comments. 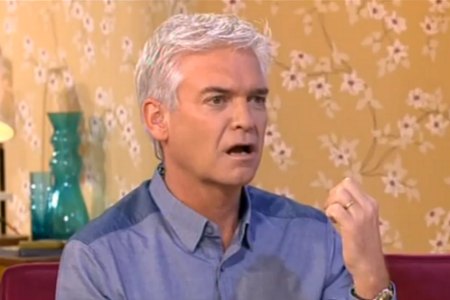 “I can’t believe that you’re such an insufferable snob.” said author Anna May Mangan, who also appeared on the show.

“That’s terrible, listen to what you’re saying…Oh stop, stop right there.” said Willoughby, who appeared to be upset by the remarks.

Willoughby’s co-presenter Phillip Schofield was seen with his head in his hands by the end of the segment, though Hopkins appeared to be surprised at their reactions.

The ITV daytime broadcast was on Wednesday – a clip from the show has since gone viral with over 3 million views.

Torn between wanting to continue ignoring Katie Hopkins, and finding out where she lives and running her over with a tank #thismorning

It’s not a drought

Breaking barriers: The Unlimited arts festival is here to change the way we think, as the Paralympics kick off in London