This short video demonstrates the benefits of a doggy guard for your bike – a patient and well-trained dog who looks after his owners bike and even manages to hop on board the back rack of the bicycle when it’s time to leave.

The furry companion even gives a small bark to let his owner know he’s ready to roll. 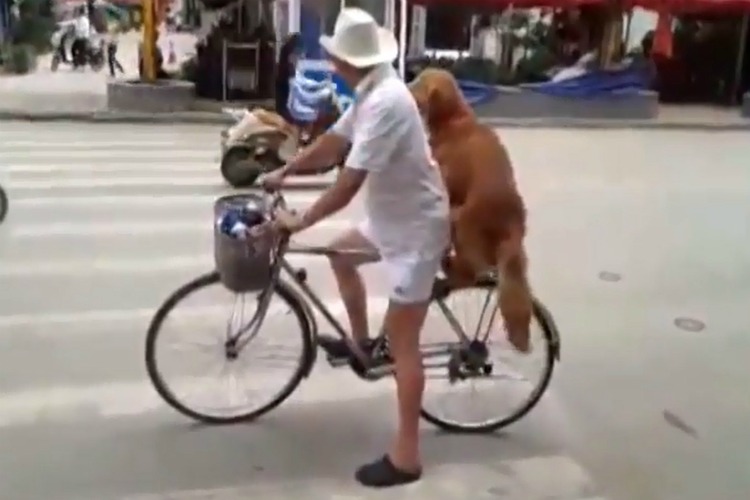 The uploader of the video, which has been viewed over 70,000 times, has even created a website profiling a fundraising project to buy a new seat on the bike for the man’s dog. What a noble cause.

The Golden Retriever’s name is Li Li, and the clip was filmed in Nanning, Guangxi Province, China. According to YouTube uploader ALCREW locals call her the ‘Bike Hugging Dog’.

Can you imagine persuading a cat to do the same job? Never gonna happen.