The races, which could double for the set of Mad Max, are basically a series of obstacle courses over several miles. 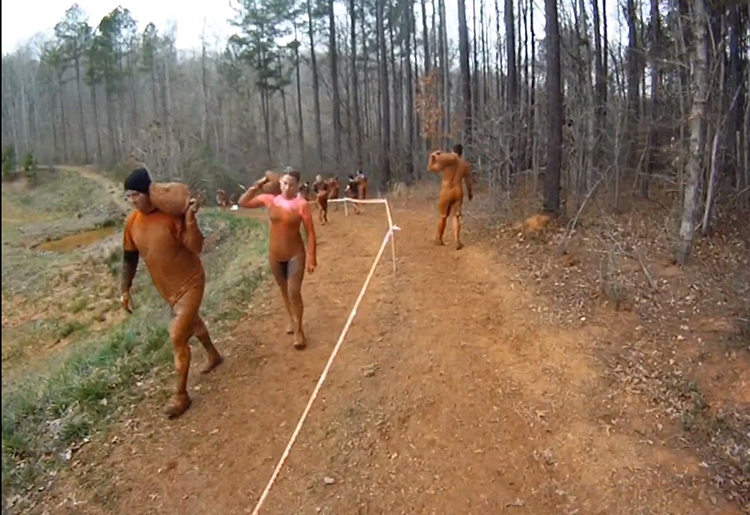 One of the participants of the race, a four mile stretch that took place in North Carolina, captured the death-defying moment on camera and posted it to youtube.

The muddy looking racers were participating in an object carry obstacle, where they were hauling heavy sandbags, when a flying tyre almost hit a couple of athletes in the head. The tire was hauled during another nearby event, whereby participants flip tractor tyres downhill.

The man directly in front of the camera, who narrowly missed getting hit, posted on reddit that while he also narrowly avoided frostbite that day (it was 4 degrees outside), he did win a medal.

Weekend holiday in Bologna: Explore a hidden side of Italy