Barbara Garcia was being interviewed by CBS News recounting the moments that the tornado destroyed her home when her dog emerged from the rubble behind her.

The touching moment was filmed in a suburb of Oklahoma City. The dog appeared to be a little bedraggled but otherwise apparently healthy.

More than 90 people are thought to have been killed by the tornado, which flattened neighbourhoods in the Oklahoma City suburb of Moore, destroying homes and schools.

Watch the video below, via CBS News

An amateur video showing the approaching tornado was uploaded to YouTube.

This image of a teacher finding one of his pupils among the rubble caused by the tornado has become a top trending photo on Reddit. 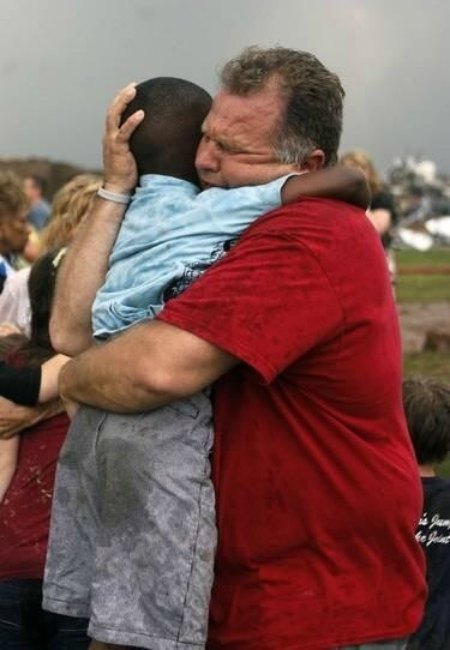 Talking Jobs – Getting Your Tax Back