It shows the trio of coppers in high-vis jackers and uniform busting some great moves and even indulging in some synchronised row-boating on the floor, to the delight and applause of bystanders. 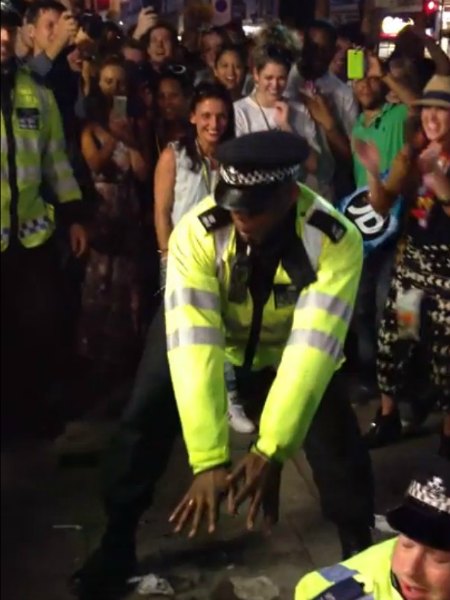 Met Police have so far declined to comment on the incident, although one officer told The Evening Standard: “I don’t think this is a problem if officers are getting in with the crowd”. The video has been viewed over 200,000 times by Tuesday morning.

Review: The Exhibit bar in Balham