However, German chancellor Angela Merkel may not have quite been expecting a whole tray of cold beers down the back of her neck at a recent political event in Berlin. See the video below…we dare you not to indulge in some chuckles and schadenfreude…

Could this have all been a stitch-up or some kind of joke from Merkel’s political opponents at the events?

Waiter Martin D told Bild newspaper “I was shoved from behind, and tried to catch the beers, but it was too late. I shouted ‘Shit!’ really loudly. ‘But she turned around, grinned at me – and even though she was wet, went to the speaker’s stage shortly afterwards.”

It all happened at Politischer Aschermittwoch 2012 – otherwise known as the Political Ash Wednesday – which is one of Germany’s main events in the political calendar. It’s a chance for some of Germany’s politicians to blow off some steam, have a bit of a verbal sparring match, some open debate…and of course, a few cold lagers.

The historical Ash Wednesday event can be traced back as far 1919 when the Bavarian Farmers Association took to pubs and taverns for some heated discussion. 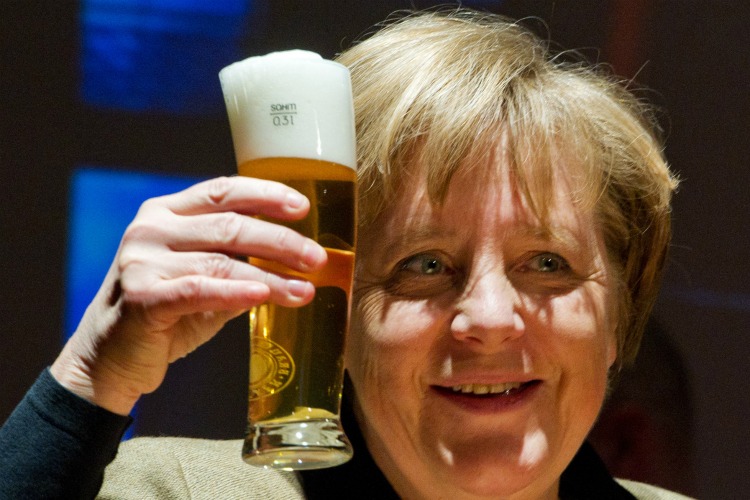