The ladies shared a post-race victory smooch on the lips at the podium as they collected their gold medals.

The athletes have not as yet released a statement about their kisses but media speculation is rife.

The new law passed in June bans “the propagandising of non-traditional sexual relations among minors”. However, the wording of this ruling has been criticised as being deliberately ambiguous. 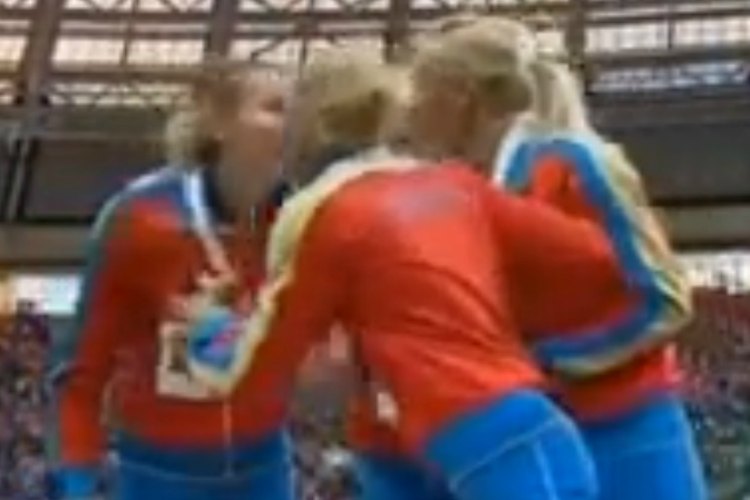 President Putin said in April: “I want everyone to understand that in Russia there are no infringements on sexual minorities’ rights. They’re people, just like everyone else, and they enjoy full rights and freedoms.”

Prominent comedian Stephen Fry who is protesting against Russia’s involvement with the Winter Olympics as a result of the new laws reportedly met with British prime minster David Cameron today to discuss the issue.

Preview: The Bombing of The Grand Hotel