The Northern Territory News loves a croc story, once featuring an impressive five crocdile related stories on their front page.

Big Wendell, a whopping great 5.5 metre saltwater croc living in captivity at Crocosaurus Cove, apparently has clairvoyant powers and has taken a swipe at predicting the results of this weekend’s Australian federal election. 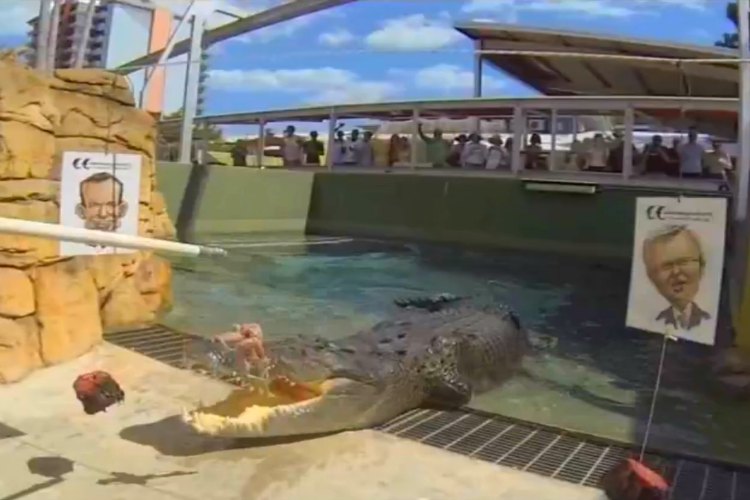 Tempting the hefty reptile with hunks of meat, Wendell’s keepers tempted him to have a go at picking whether the next Prime Minster is set to be the Labor party’s Kevin Rudd or the current favourite, leader of the Liberal Party Tony Abbott.

The results were not entirely clear, however, since Big Wendell didn’t actually pick either of the meat chunks with the leaders images attached. But according to NT News, ‘the verdict from staff was that he’d chosen Mr Abbott.’ 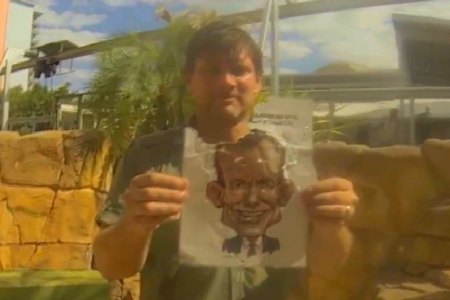 The results are in – Abbott for the win

But who will snatch victory from the jaws of defeat this weekend?

Mundine cruises to victory on points in 10-round mismatch