The record was broken in Sacramento, California by Joe Ayoob, a Quaterback player for US indoor team Tri-Cities Fever, in the huge mess hall of McClellan Air Force Base.

The video shows Ayoob flexing his throwing skills by flinging the plane with his mighty arm normally used to throw a pigskin ball across a field – and the plane makes an impressive flight across the entire length of the hall.

The plane was simply an A4 piece of paper, with a standard thickness of 100 gsm folded in a cunningly aerodynamic way by John Collins, a paper aeroplane enthusiast from KRON-TV who has been designing them in his spare time for years. A small piece of cellotape was permitted to be used to hold the paper projectile together.

The record, which previously stood at 207ft 4 inches, was broken with this new attempt which reached 226 feet and 10 inches. 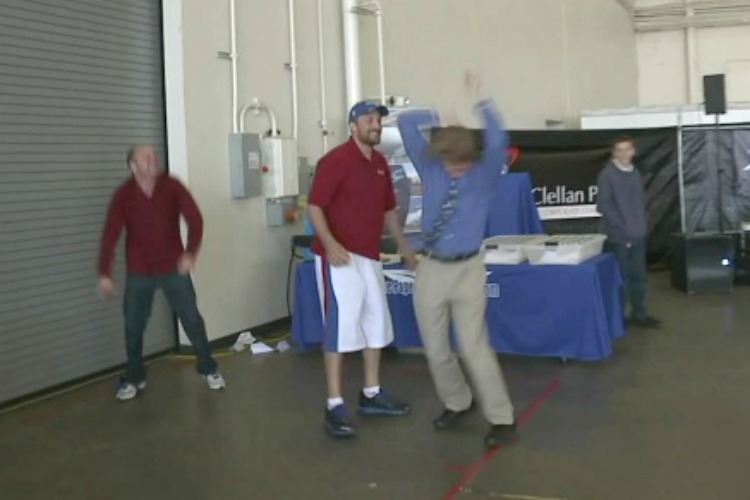 American football pro Joe Ayoob told sports channel ESPN “I grew up making paper airplanes, I used to make paper airplanes and throw them all the way home from school when I was little. So it was kind of up my alley. I thought it was a cool idea…It took a lot of time for John, and it took a lot of time for me working with John to achieve this. … It’s very rewarding, and I’m very proud of this record.”