Virginity for sale… again: Brazilan 21-year-old to auction herself off for sex after first deal a dud

The woman, Catarina Migliorini, was a subject of Justin Sisely’s film Virgins Wanted, and her virginity was auction online in October 2012.

A person from Japan, going by the name Natsu, was up against 14 others and successfully bid but the deal didn’t go through – she met ‘Natsu’, a 54-year-old man, in Sydney and he turned out to be a 21-year-old.

‘I was surprised and no deal was struck between him and I,’ said Migliorini. 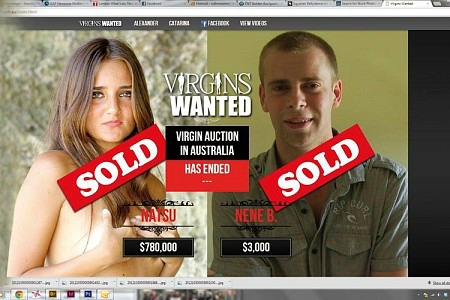 Migliorini is back for sale, saying she remains a virgin and “no one can prove me wrong”.

She’s now posed in playboy and set up her own website, VirginsWanted2.com, which spruiks her as “Catarina, the virgin most famous of the XXI century!” and has a bizarre three-minute video of her dancing with a man in a hat. She also plays piano.

“This time it will be for real,” she says of the auction, which closes in 14 days. 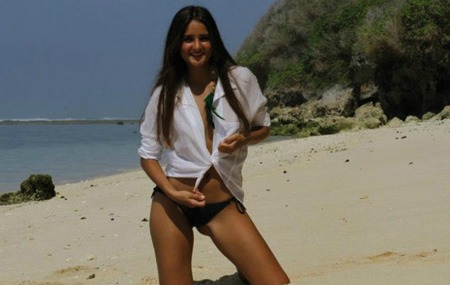 The young woman has earlier defended claims she is little more than a one-off prostitute:
‘I saw this as a business. I have the opportunity to travel, to be part of a movie and get a bonus with it,” she said in the Daily Mail.

Those keen for more details can read all about it in an upcoming book, she says on the website.

Images via Virgins Wanted and VirginsWanted2.com