The umbrella network for Youth Hostel National Associations in 90 countries based its findings on ratings received from customers over a 12-month period, from November 1 2010 to October 31 2011.

Customers said they loved Lerwick hostel’s location and the fact that it was set in a beautiful, grand mansion house with breathtaking views. 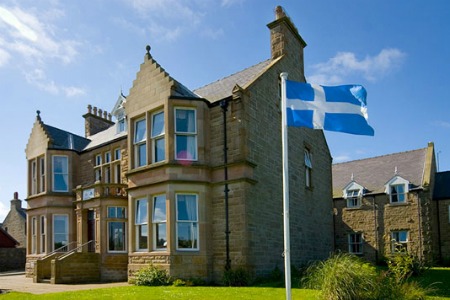 Hostelling International also announced that Utano Youth Hostel in Kyoto had been voted the most comfortable, thanks to its Japanese bath and peaceful atmosphere in a quiet neighbourhood.

Baan Dinso in Bangkok was deemed the most efficient, with voters singling out its staff for always going the extra mile to ensure guests enjoy their stay. It was also described as “an oasis of calm in the bustling city of Bangkok”.

Ever stayed in a hostel you’d be happy to nominate as the best in the world? Or had any shocking experiences with roach-infested slums? Have your say on our Facebook page…

You’ll have to travel to Martha’s Vineyard in the US for the friendliest hostel; staff on the island retreat off the Massachusetts coast are said to be “kind, attentive and extraordinarily helpful”. The pancake breakfasts don’t hurt, either.

But the best overall destination for youth hostels went to South Africa. The 35 hostels in the country pulled in the best overall ratings, which might have something to do with their beachside locations and proximity to some of the world’s best safari parks.

Athletics: The ones to watch at the World Championships

Call for rethink on elephant tourism on World Elephant Day